A trainspotter whose jaw was broken by a thug who snatched his £2,000 camera said today: “I could have been killed.”

Bricklayer Terrence Hamston, 46, had drunk six super-strength lagers when he punched 69-year-old Frederick Kerr repeatedly in the face, breaking his jaw. He then snatched the pensioner’s camera, which he had been using to photograph passing trains on an isolated bridge next to St John’s station in Deptford.

Blackfriars crown court heard Mr Kerr lost a stone in weight because of difficulties eating after the attack.

He is now wary of pursuing his hobby because it would lead him to isolated places around railway stations. 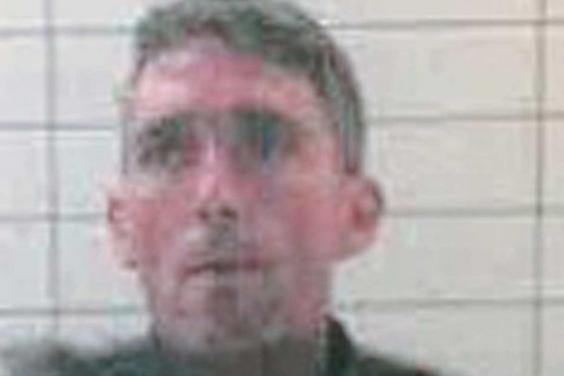 Terrence Hamston launched the attack on a railway bridge

He has since undergone a quadruple heart bypass for a previously undiagnosed genetic condition, and said: “I could have been killed. The doctors said I was a ticking timebomb. He walked behind me, turned round, hit me in the face, grabbed the camera and ran. It took less than 30 seconds.”

Hamston initially denied being responsible but later pleaded guilty to robbery and inflicting grievous bodily harm. Judge John Hillen jailed him for seven years for robbery, and 32 months for GBH, to be served concurrently, after the court heard he had 42 previous convictions. Mr Kerr said: “I was aware immediately my jaw was broken — there was so much blood that someone might have thought I was trying to repaint the bridge.

“I feel that the legal system doesn’t seem to have the right priority. Seven years for robbery, and only 32 months for a life-changing injury does not seem to be balanced. It needed me to have been killed for the injury aspect to become priority.

“I’m happy to lose the camera as long as I’m still alive.”