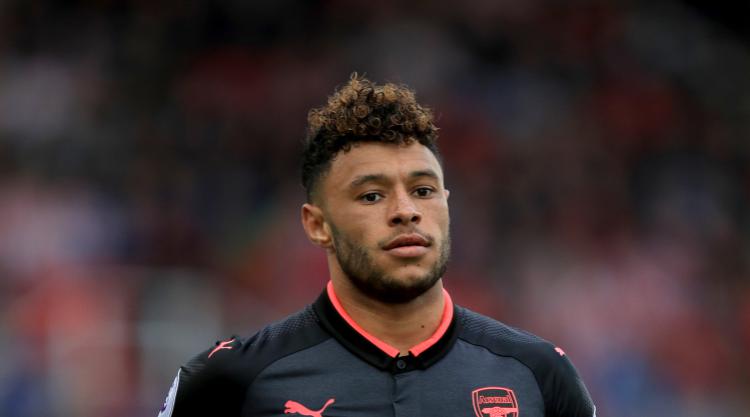 Ian Wright has described Arsenal as an “absolute shambles” and expressed amazement that the club would sell Alex Oxlade-Chamberlain to Chelsea.

Gunners great Wright tore into the current crop of Arsenal stars after their 4-0 thrashing by Liverpool at Anfield, and spent much of Monday trying to avoid football.

But Wright then learned of reports that Oxlade-Chamberlain could be on his way to the Premier League champions in a Â£35million deal, and it left him at an even greater loss to explain Arsenal’s plight.

Arsenal and Chelsea have yet to confirm the widespread claims that a deal is in place between the clubs for the transfer of the 24-year-old England midfielder. Press Association Sport has contacted both clubs who declined to comment.

Wright, Arsenal’s second highest scorer of all time, was stunned by the reports after spending the afternoon with family, and said: “The first thing I hear is that the Ox might be on his way to Chelsea. That’s disappointing news.”

He added on BBC Radio 5 Live: ” Chelsea want him – Chelsea, the champions will take him. That says we obviously have players that are good enough.”

Diverting his thoughts to Alexis Sanchez and Mesut Ozil, who will reach the end of their contracts next summer and could then cash in on being free agents, Wright questioned why Arsenal’s players of recognised top-class ability are inconsistent when lining up for Arsene Wenger’s side. He suspects some are not committed to playing for the club.

“If Sanchez and Ozil are free, they will be snapped up,” Wright said. “Why can’t we get these players to play for us? Why don’t they want to play for us?”

“He is literally a hermit to the game. He goes home and he’s probably on his phone. It’s all football and more importantly it’s all Arsenal. You do feel it’s almost like his blanket, his comfort blanket,” Wright said.

“If he’s not got Arsenal, I don’t know what would happen to him.

“I don’t know what to say about his future and what’s going to happen with him now.”

Wright said: “When you go through that list of everything that is going wrong, and you’ve got to throw in recruitment – whoever’s doing the recruitment, someone’s got to have a massive, massive word – it’s an absolute shambles and I’m really gutted for everybody involved.”

And he said Arsenal’s situation reached such a dismal low in the loss to Liverpool, he has found sympathy from supporters of other Premier League clubs.

“We got exactly what we deserved but I didn’t expect to see such a listless (performance) . the performance was terrible,” Wright said. “Watching Arsene Wenger on the bench playing with his hands at one stage, he looked very, very uncomfortable. It’s embarrassing.

“My mates – my Chelsea, Tottenham and Man United mates – they feel sorry for me.”