Charlie Gard’s parents vowed to keep fighting for their terminally ill baby’s treatment as they joined supporters to deliver a 350,000 signature petition to doctors.

The petition calls on doctors at the hospital to allow the sick baby to travel to the USA of treatment.

The couple lost a lengthy legal battle after judges ruled in favour of experts at the London hospital who said trial therapy in the US would not improve the child’s quality of life. 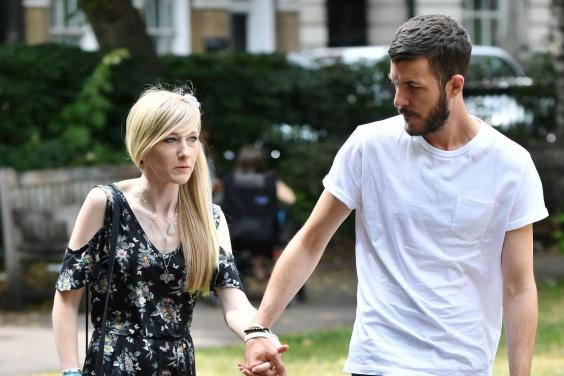 But doctors have now applied for Charlie to have a fresh hearing in the High Court over “new evidence” relating to potential treatment for his condition.

Charlie suffers from a rare genetic condition and has brain damage.

She added: “There is nothing to lose, he deserves a chance.”

Ms Yates said the oral medicine they want for Charlie has an “up to 10 per cent chance of working” and has “no known major side effects”.

Charlie Gard: The baby is being treated in Great Ormond Street Hospital (PA)

Mr Gard said there is no evidence Charlie has “catastrophic brain damage.” He added: “He should have had this chance a long time ago now.

“They said that it wasn’t fair to leave him on the ventilator for three months for a treatment they didn’t think was going to work. He’s now been left for seven months with no treatment.”