The pregnant partner of a construction worker who died while refurbishing a £5 million west London home today said she will name her unborn son in tribute to her “first love”.

Alexandru Sorin Dorin, 27, was found unconscious in the basement of the five-storey property under renovation in Notting Hill last Tuesday.

He was dragged onto the street where medics battled to save him for more than 30 minutes. He was pronounced dead at the scene.

Mr Dorin is believed to have been overcome by fumes from industrial chemicals he was using to clean the basement of the Berkeley Gardens townhouse.

His partner Lavinia Ignat, 23, a freelance artist, is six months pregnant and today revealed she intends to name her son Alex Jr. 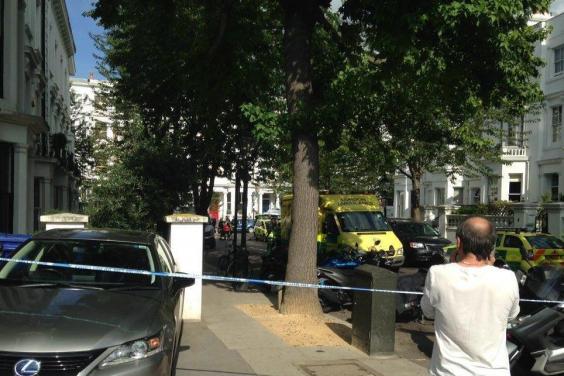 Taped off: Police, ambulances and fire engines were at the scene in Berkeley Gardens last Tuesday.

Ms Ignat told the Standard: “Alex was an amazing person. I lost everything in one second when he died. It is so hard right now.

“He was my first love and my everything. I am just taking it step by step to get through it.” 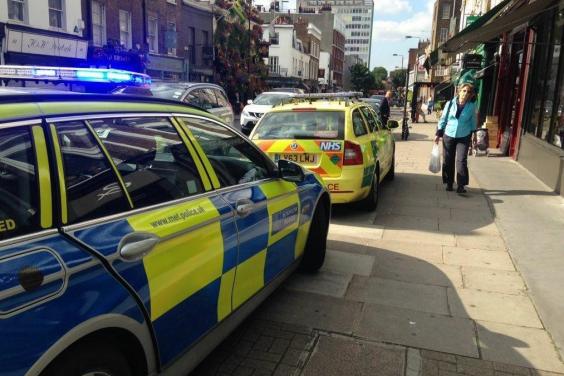 Emergency: Police and paramedics parked up on Kensington Church Street.

In a Facebook post, Ms Ignat paid tribute to Mr Dorin. She wrote: “Thank you for the best gift of my life, our child, Alex Jr, you will live through us and we will continue together this beautiful journey called life.”

Friends have set up a crowdfunding site to help Ms Ignat repatriate Mr Dorin’s body to Romania, where they first met. The site states: “We’re raising £5,000, following the tragic death of Alex in a freak work accident, to help his beloved Lavinia to a new start for her and their born-to-be son.

“Alex and Lavinia were a happy couple from Romania with a baby on the way and high hopes for the future until Alex’s phone goes mute on the afternoon of Tuesday, July 25.”

Ms Ignat today thanked the public after donations edged towards the  target sum after less than a week.  The money raised will also help cover her legal and living costs. She said: “The fundraising site was set up by a friend… my focus is on other things and I have to take care of my baby when he comes. I am so grateful to people for the donations. I never expected it to be like this and there is almost £5,000.”

The couple had been living together in London since 2015 while Mr Dorin worked as an industrial cleaner.

Police and the Health and Safety Executive are now investigating the circumstances of Mr Dorin’s death.

A HSE spokeswoman said: “HSE is aware of the incident and investigating. We cannot comment further.” A police spokesman said a post-mortem examination has been carried out.