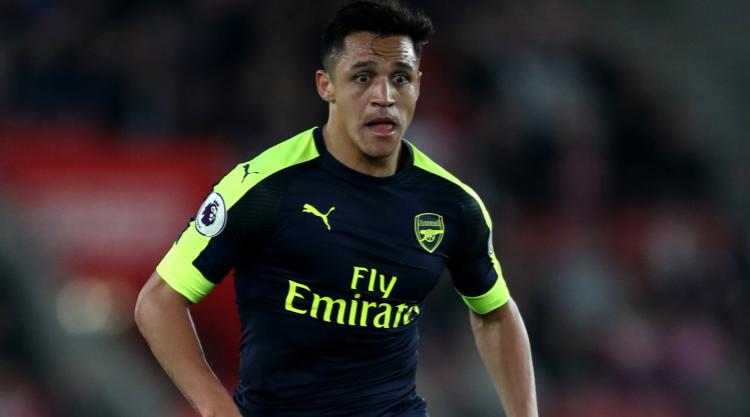 Alexis Sanchez’s start to the season could be derailed after the Arsenal forward posted a picture on social media claiming he was ill.

The Chile international has yet to begin pre-season training with his team-mates following his exertions at the Confederations Cup in Russia, where he helped the Copa America champions reach the final.

Sanchez’s future remains up in the air as he enters the final season of his current contract, with talks on a new deal seemingly at an impasse.

The 28-year-old has been linked with the likes of Paris St Germain, Manchester City, Bayern Munich and Chelsea during the summer as Arsenal face a season of Europa League football having finished fifth in the Premier League last term.

Arsenal boss Arsene Wenger has said many times that he would refuse to sell Sanchez and rather see the former Barcelona man leave on a free transfer when his contract expires.

Wenger, who signed a new deal in May to remain in charge at the Emirates Stadium for another two years, said on Thursday that he expected Sanchez to take part in his first training session on Sunday while the remainder of the squad take part in the Emirates Cup.

But Sanchez took to Instagram on Friday morning to post a picture of him sat wrapped in a scarf and looking miserable, with the caption “sick”.

It is understood that he is suffering from flu and that the club are not sure as of yet if the illness will impact on his return to the club following the summer break.

Sanchez hit 30 goals for the Gunners last season but cut a frustrated figure during a torrid run of results that saw the club fall out of the Premier League top four and humiliated in the Champions League as they lost 10-2 on aggregate to Bayern.

Lifting the FA Cup in the final game of the season would have given the player a lift but, given his continuing contract uncertainty, former Arsenal striker Alan Smith believes it is a “no-brainer” to let Sanchez leave if he is actively seeking an exit.

“Arsene Wenger says he is determined not to sell him, but he seems determined to leave,” Smith told talkSPORT.

“If you’ve got an unhappy player.that’s not a great situation to have in the dressing room. For me, it’s a no-brainer. You’ve got to let him go, get the money and move on.

“What the owners would think about keeping a player you could get £60million for and then letting him go for nothing in 12 months’ time, I don’t know. It happens time and time again at Arsenal.”

Arsenal will face Benfica and Sevilla in the Emirates Cup friendly competition over the weekend before facing Chelsea in the Community Shield on August 6.