Gripping footage shows the incredible moment a hero police dog hunted out a criminal who fled police for more than an hour.

The compelling video shows the highly-trained German Shepherd dog eagerly following the scent of getaway criminal Elroy Samuel, 26, though farmland and across a stream.

Samuel, of Boscombe Court, Letchworth, led police dog Blue on a two-mile chase before being found hiding in a bush.

The offender had dumped a black jacket in the woodland, which helped Blue track him down.

The dog begins to bark as his handler shouts: “You’re under arrest, come out. 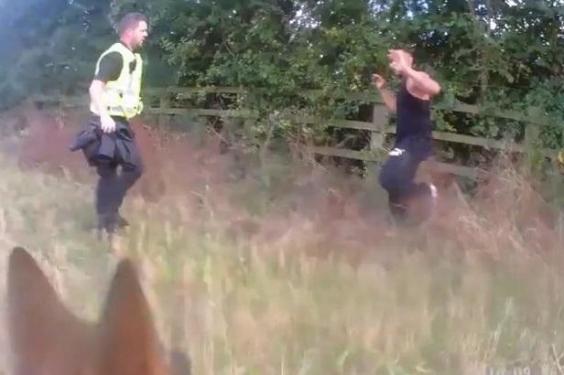 “There’s a helicopter, there’s a dog, you’re not going anywhere”.

Police in Hertfordshire released the video, which was recorded on the handler’s body-worn camera. 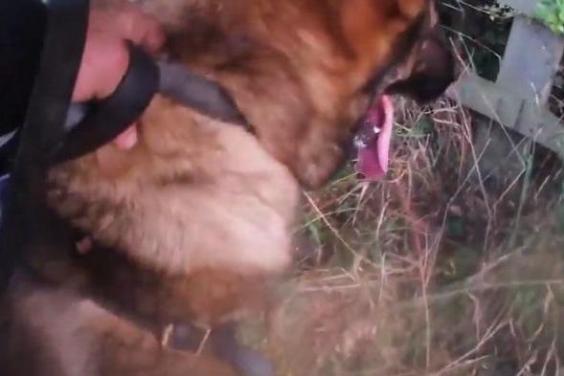 Samuel was sentenced to two years in jail after being charged with six driving offences relating to an incident on September 26.

He had crashed his car into a silver Nissan after refusing to stop for police.

According to the Mirror, Sergeant Cray Birch, from the BCH Dog Unit, said: “This is another great example of how our team supports officers across the three counties in bringing offenders to justice.

“Our dogs and handlers are highly trained and determined, as demonstrated by Blue and his handler’s prolonged tracking.

“I am very grateful for their work as they proved to be an invaluable asset at this incident.”