Children “lived in the dark like rats” during Islamic State’s three-year rule in Mosul, an aid worker said today.

Sally Becker, from the Road to Peace charity, has just returned from the northern Iraqi city, which has been seized back from the terrorist group.

She said it was the “worst thing I have seen”, adding: “There were snipers, suicide bombers, mortars, chemical attacks, drones. The people are suffering from malnutrition, dehydration, the water is not safe.

“There is no baby formula. People are traumatised, even the kids — it’s just a complete and utter nightmare.” Road to Peace helps children access medical care in war zones. Ms Becker said: “Apparently, they have been living in the dark like rats so a lot are suffering from rickets from lack of vitamin D, and they are so thin.” 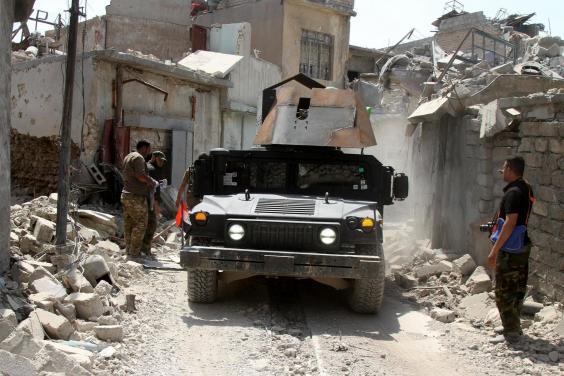 Swathes of Mosul lie in ruins after the battle to defeat the fanatics, who took the city in June 2014. Yesterday, Iraqi prime minister Haider al-Abadi visited to congratulate the army, Kurdish and Sunni fighters and Shia militia, backed by UK and US air strikes, for their “victory” after almost nine months of battle. Air strikes and gunfire could still be heard in Mosul’s Old City, where IS staged its last stand. 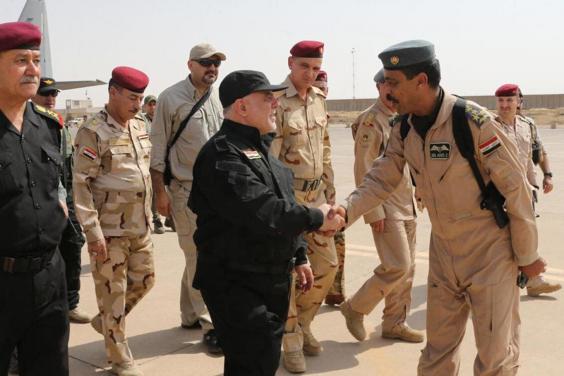 Thousands of civilians are feared to have died during the fighting. Almost one million people are believed to have fled their homes.

The US, Russia and Jordan announced a ceasefire and “de-escalation agreement” for south-western Syria on Friday after the G20 summit in Hamburg.

Today, Iran said it should be expanded to the rest of Syria, which has been in the grip of civil war since 2011.