A have-a-go hero who wrestled with an armed bank robber said he acted on “instinct” after seeing the terror on the face of the cashier held at gunpoint.

Father-of-two Antony Newsham, 44, was in a branch of Halifax in Teddington when a man brandishing a handgun demanded money from staff.

A cashier handed over £150 in £5 notes to the robber who was fleeing through the door when Mr Newsham grappled with the masked man.

CCTV released by the Met’s Flying Squad today shows Mr Newsham grip him in a headlock until he wriggles free and escapes on a mountain bike. 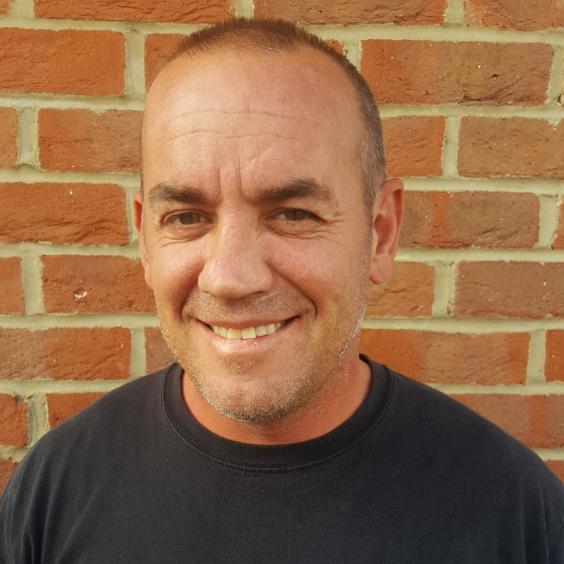 Mr Newsham today said he had “no regrets” about his instinctive action adding : “I only wish I had held him for longer until police came.” 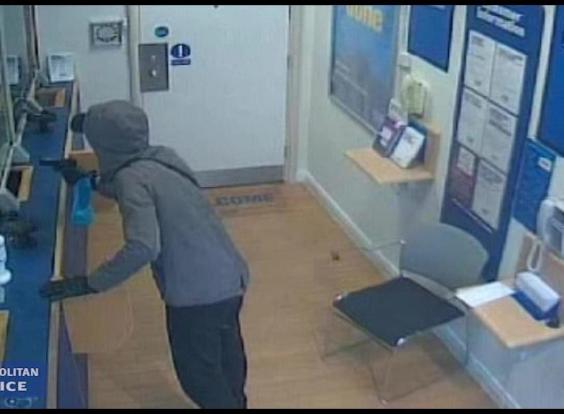 The suspect in the Halifax branch in Broad Street.

He said he suddenly saw the man tapping the glass of the cashier’s desk with his gun. Mr Newsham, who runs the family business A New Roofing and Sons, said: “When I saw the terror in the cashier’s face, it upset me and it was instinct. 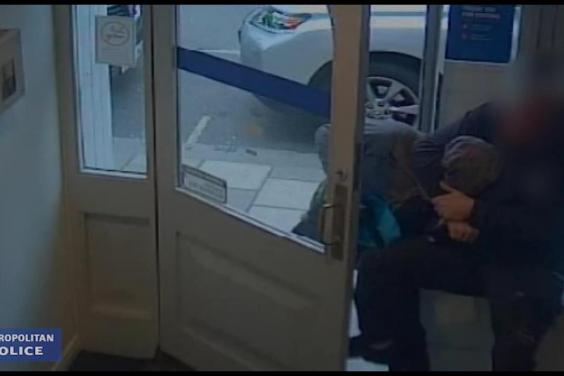 The member of the public tries to stop the suspect fleeing.

“The women behind the bank counter are nice, just doing their jobs. To petrify them just isn’t fair. He was taking the mick.”

The bank in Broad Street was targeted about 2.30pm on March 10 while cashiers were counting up notes.

The suspected robber, aged 30-40, was wearing a grey hooded top with a cap, black gloves, a black satchel bag and dark trousers. He also wore Nike trainers with a red tick.