Commuters have been left flummoxed by new bright green floor markings which have been painted onto a Tube platform in a bid to reduce congestion.

The trial has been launched at King’s Cross station in central London and is designed to make it easier for passengers to alight from trains and move around the platform when it is busy.

Passengers are urged to keep clear of the areas that are shaded in green and wait on the unmarked sections on the southbound Victoria line platform.

TfL launched the trial on Monday and told the Standard it would continue for up to eight weeks. The green markings currently cover two thirds of the platform with the rest set to be painted in the coming days. 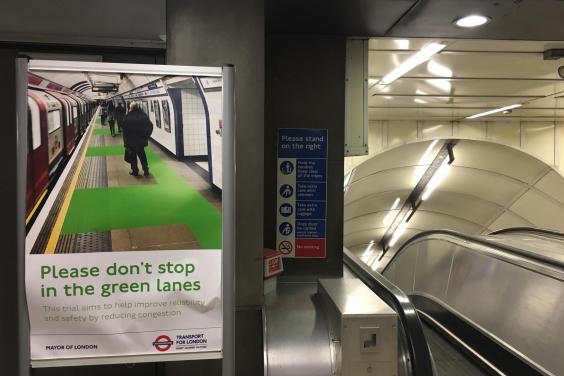 A sign at the top of the escalators inside the station reads: “Please don’t stop in the green lanes. This trial aims to improve reliability and safety by reducing congestion.”

But on Friday afternoon, scores of passengers on the platform were completely ignoring the markings, while others told the Standard they thought it was a good idea but were confused by TfL’s choice of colour.

The Standard observed one father repeatedly telling his three children to “stay on the green line” to keep them together after they got off a train. 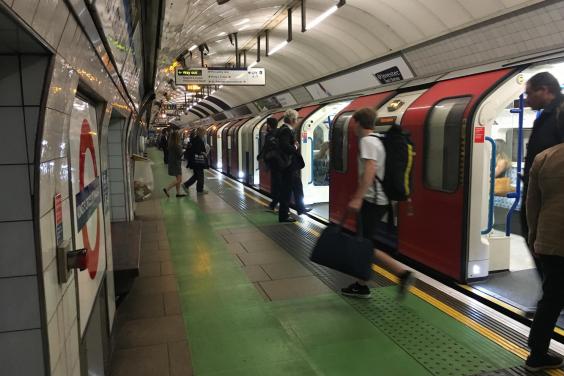 Joan Belverston and her husband Tony, who are retired, from Hertfordshire, said they believed commuters who were in a hurry would flout the rules and stand on the green areas because it points out where the Tube doors are.

Mrs Belverston, who was in London with her husband to have lunch with some friends, said: “I think it’s a good idea but everybody wants to be near the Tube doors. I don’t think people will take any notice of it.”

Mr Belverston said: “Once people know that the green markings are where the doors are they are going to stand there. It could work during rush hour but it’s really the wrong colour.” 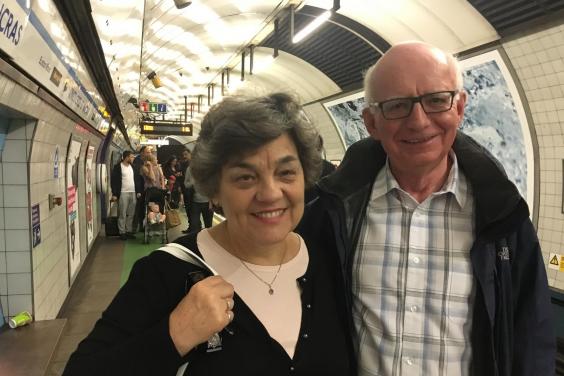 ‘Everybody wants to be near the Tube doors’: Joan and Tony Belverston

Nathan Scott, 26, who is from Leeds but works in London as an air conditioning engineer, said: “It looks like you should be standing in the green. Green is a bit of a rubbish colour. Green means go to me. It needs to be red or yellow.” 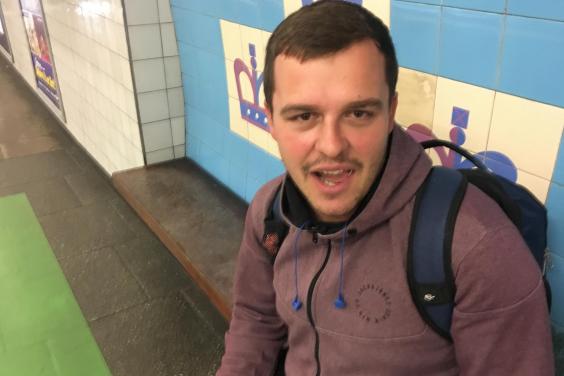 Jeremy Ruff, a project manager, said: “The green is confusing. In Hong Kong they actually mark it out so it tells you where to stand.”

While barrister David Holland, 55, said he not noticed any problems with congestion at the station before the trial.

“I have no thoughts one way or the other really. It could work during rush hour but I have never really noticed a problem at this station,” he said.

Hannah Jamssens, 24, a graduate teacher, said: “I didn’t understand the purpose of it because I hadn’t seen the signage but it is a good idea. I was here a few months ago with a school trip and lots of little children and I think this would help in those circumstances.

“I think it would work if people understood what they were supposed to do but at the moment, they clearly don’t. Mainly, I think it will take some time to get used to.” 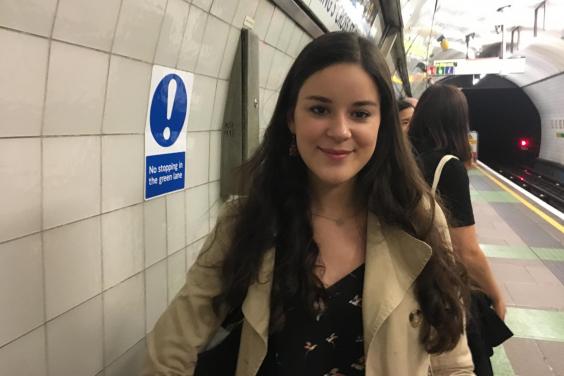 ‘A good idea if everybody knows what to do’: Hannah Jamssens

A spokesman for TfL told the Standard it was looking at different ways of reducing congestion on the platforms at busy times.

He said: “It’s a visual cue to get people to walk all the way along the platform and to show you where the doors open. It’s about reducing congestion.

“Quite often in peak times, passengers, they congregate at the entrance to the platform. On the Jubilee line for example, you don’t have that because people wait in front of the safety barriers.”

He added that the markings had been fitted around the tactile paving on the platform used by the visually impaired and that representatives from sight loss organisations the Thomas Pocklington Trust and the RNIB would be taking part in the trial.