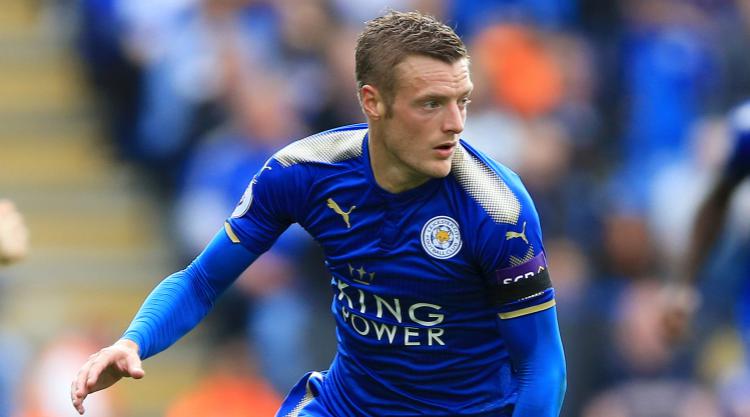 Jamie Vardy believes he has been proven right to turn down Arsenal but would still consider leaving Leicester if it meant winning more major trophies.

Vardy rejected a move to north London after clinching the Premier League title last year and says Leicester’s Champions League adventure, coupled with the Gunners’ struggles, have since vindicated his choice to stay.

Chelsea, however, were among a number of clubs interested in Vardy during the transfer window just gone and the 30-year-old admits he might act differently if another big offer arrived.

“I want to win as much as possible, I don’t want to only have one Premier League medal in my drawer at home – it would be an empty glass cabinet,” Vardy said.

“I’m contracted to Leicester and we will see how high we can go. In the future, who knows?”

Vardy added: “Just because I turned down Arsenal, that was my choice, but if another offer came in it would be the same in that I would look at it and work out the pros and cons.

“But no, turning down Arsenal doesn’t mean I wouldn’t look at another offer.”

Vardy said he was also eager to play in China or America “at some point down the road” but has no regrets about snubbing Arsenal, even if he missed out on an FA Cup winners’ medal as a result.

“It wasn’t the Premier League was it? So we’re all right with that I think,” Vardy said. “I’ll never regret anything I’ve chosen to do.”

He added with a smile: “I’m a bit of a psychic, I could see the little downfall they are on now.

“They had qualified for the Champions League for the last 20 years until last year. That was something to think about.

“Leicester were also in the Champions League and on a different night at home against Atletico (Madrid) we could have gone even further.

“But there were all sorts (of reasons). Football was the main thing but moving the family when I’d just bought a house would have been a laugh – not.”

Vardy scored twice as Leicester lost 4-3 to Arsenal on the opening day and is now focusing on Saturday’s game against Chelsea, as well as a swift reunion with Danny Drinkwater.

Drinkwater joined the Blues for £35million on deadline day but Vardy is not worried about the service drying up.

“There’s other players,” Vardy said. “Matty James used to do it in the Championship and he’s back now (from a loan at Barnsley). I’m sure he can take Drinky’s place. It’ll be fine.”

Off the pitch, Vardy is leading his V9 Academy, a scheme aimed at giving non-league talents another chance at making it in the professional game.

Four of Vardy’s recruits have so far been given deals including Danny Newton, who has scored three goals in five games for Stevenage, and Blair Turgott, who was released by West Ham after representing England’s youth teams with Raheem Sterling and Nathaniel Chalobah. Turgott also signed for Sky Bet League Two Boro.

After Premier League clubs spent well over Â£1billion this summer, however, the chance of another Vardy emerging appears increasingly remote.

“The talent is there,” Vardy said. “But with clubs now it’s all about instant success. They want it here and now.

“They’re not willing to wait for maybe a Danny Newton. He’s gone to Stevenage but who knows, next year it might be another jump for him?”

The first episode of The Next Jamie Vardy documentary airs on Sky 1 on Saturday, September 16.