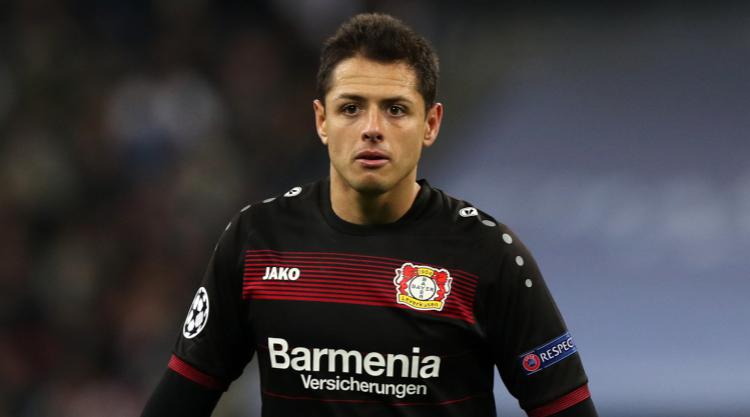 West Ham have completed the signing of Mexico international Javier Hernandez from Bayer Leverkusen for Â£16million.

The 29-year-old former Manchester United and Real Madrid striker has signed a three-year contract with the Hammers.

Known as ‘Chicharito’, Hernandez will join his new team-mates at a pre-season training camp in Germany in the next few days.

“For me, the Premier League is the best league in the world and when the opportunity came, I was desperate to sign for this club.

“It was not a difficult decision. West Ham is an historic club, and very ambitious – this summer you can see with the players signed that they are looking to have a very good season.

“I’ve had three fantastic years playing in Spain and Germany, but England was really the first big chapter in my career and I am so happy to be back.

“I am desperate for the season to start and to help the team achieve all their objectives.”

Boss Slaven Bilic has been desperate to sign a forward after injuries to Andy Carroll and Diafra Sakho meant West Ham ended last season with on-loan Jonathan Calleri, who scored one deflected goal in 19 appearances, playing in attack.

Hernandez is a proven Premier League performer, having scored 59 goals during a five-year spell at United.

He joined Real on a season-long loan in 2014 and a year later left Old Trafford to sign for Bundesliga outfit Leverkusen, where he netted 39 times in 76 appearances.

Hammers joint-chairman David Sullivan said: “We are delighted to welcome Javier as the latest fantastic addition to the West Ham United squad.

“Following the arrivals of Pablo Zabaleta, Joe Hart and Marko Arnautovic, he is another top-class professional who brings great experience and quality to the club.

“He has a proven goalscoring record in the Premier League, LaLiga and the Bundesliga, as well in the UEFA Champions League and at international level with Mexico.

“We now have some fantastic options in attacking positions and, like all West Ham fans, I am looking forward to seeing Javier score goals in a claret and blue shirt next season.”