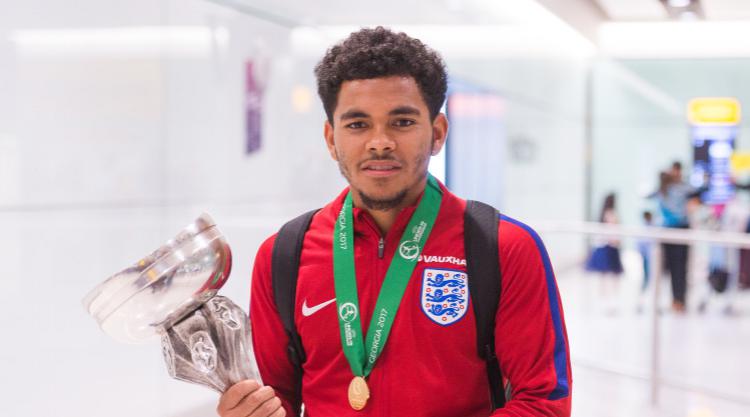 England Under-19 captain Jay Dasilva has signed a new contract with Chelsea and will return to Charlton on loan for the new season, the Premier League club have announced.

The defender, whose deal at Stamford Bridge will now run until 2021, helped lead the Young Lions to victory in the European Under-19 Championship, beating Portugal in the final in Georgia.

The 19-year-old spent the second half of last season at League One Charlton, where he made 10 appearances.

Dasilva was part of the Chelsea squad which won the FA Youth Cup three times and also the UEFA Youth League twice.

“I’m very happy to be back at Charlton for the season. I really enjoyed myself here last season and I feel like I did well when I got my chance in the team,” Dasilva said.

“We finished strongly and I am hoping that I can build on that momentum when the new season starts.”

Addicks boss Karl Robinson added on Charlton’s official website: “Jay brings pace, talent, desire and a willingness to improve. He is only going to keep improving.

“Winning the trophy in the summer and captaining that team to victory, it was an amazing time for him. Hopefully he can have an amazing season after his successful summer.”