Jeremy Corbyn has said he would “love” another general election, adding there is “no question at all” that Labour would win.

During a visit to marginal constituency Hendon, where Conservative Matthew Offord has a majority of just over 1,000, the Labour leader said his party was ready.

Prime Minister Theresa May lost her Commons majority in June and is relying on DUP support.

Mr Corbyn’s claims come amid speculation she will call another general election to try to strengthen her position. 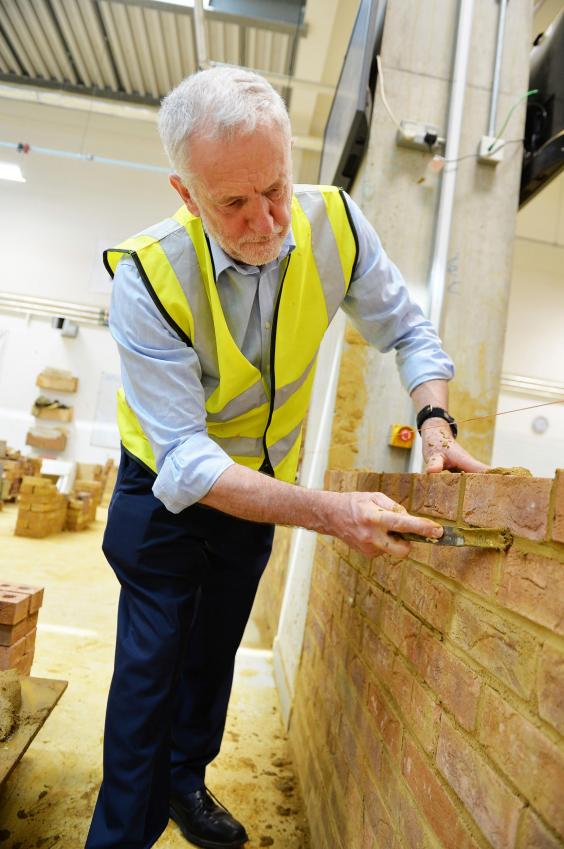 ‘Building for Britain’: The Labour leader gets involved (PA)

Asked if he thought Labour would win, he replied: “Yes, no question at all.”

Mr Corbyn added that Labour would make no deals with other parties.

He met apprentices in plumbing and hairdressing before having a lesson in bricklaying from tutors at Barnet & Southgate College, in Hendon, north-west London.

As he laid bricks in a hi-vis jacket, he told photographers that he was “building for Britain”. 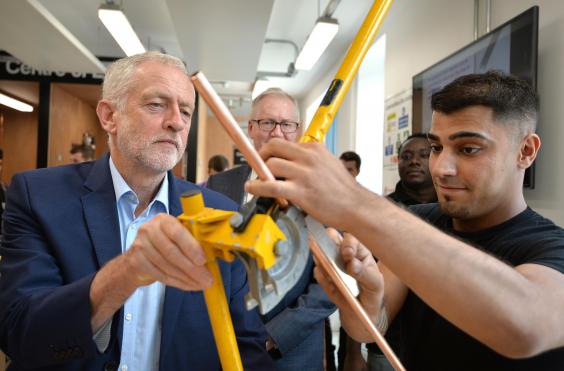 Mr Corbyn then headed to the Chingford and Woodford Green constituency of former Conservative party leader Iain Duncan Smith whose majority fell to less than 2,500 last month, down from more than 8,000 in 2015.

There, he called Mrs May’s £1 billion deal with the DUP “simply unacceptable” and told the modest crowd gathered that they had to do the “sensible” thing and prepare for a Labour government.

Despite no election date looming, Labour activists have planned to campaign in Chingford and Woodford Green this weekend and Mr Corbyn said he would be visiting 73 other marginal seats in the imminent future.

He said he did not know when the next election would be but told the crowd: “We will be ready for it whenever it comes.”

The Labour leader also said he would be taking a shadow cabinet delegation to Brussels for the Brexit negotiations.