Jermain Defoe has been left “heartbroken” over the death of six-year-old Bradley Lowery.

Bradley died on Friday after a long battle with childhood cancer neuroblastoma, his family said.

A statement released by the football club said Defoe was “naturally heartbroken” over the death of the team’s mascot with whom he had formed a close friendship.

It said: “Bradley captured the hearts and minds of everyone at our club with his indomitable spirit, tremendous courage and beautiful smile, which could light up even the darkest of rooms. 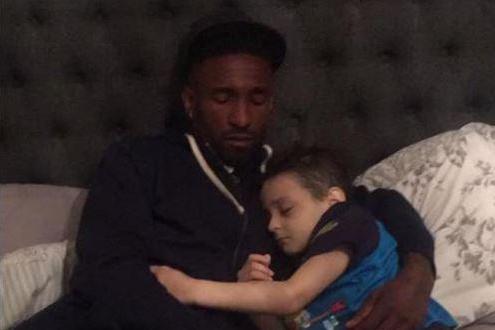 “Despite battling neuroblastoma for much of his all too short life, he demonstrated a bravery and fortitude beyond his years that humbled us all.

“He was truly an inspiration.

“His heart-warming friendship with players and staff alike epitomised the impact this wonderful little boy had on everyone he met. 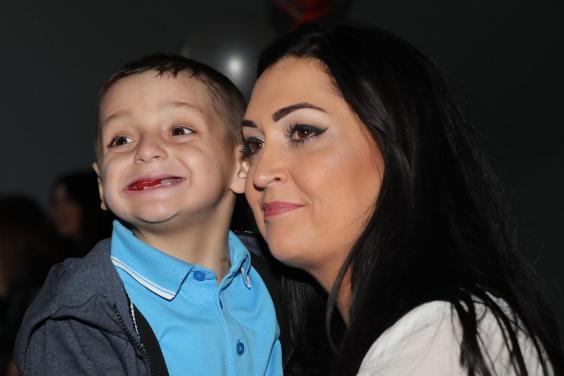 “He had a special relationship with Jermain Defoe and their feelings for each other were evident for all to see.

“Bradley’s story not only touched our club and our fans, but also the wider football community.

“Football can be a powerful force for good and our sport came together to embrace Bradley’s fight in a unique way.” 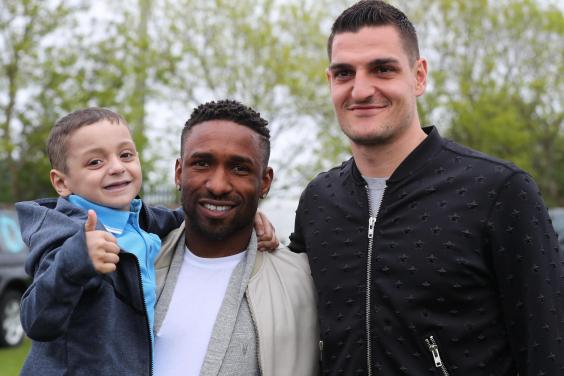 Powerful images of Bradley in the arms of the striker touched the nation.

Sports stars and politicians have also paid tribute to the youngster.

Former England captain and Match Of The Day pundit Alan Shearer tweeted: “So sorry that little @Bradleysfight has passed away. An inspirational life cut way too short. Thoughts with his amazing family & friends RIP.”

“I’ll never forget images of Defoe & Bradley when he was Sunderland and England’s mascot.”

Former Arsenal and England striker Ian Wright praised the Lowery family, saying: “God bless you, you’ve done a magnificent job through the plight of your brave boy to bring awareness to this disease. May he rest in peace.X”

Former England striker Gary Lineker, who hosted the Sports Personality Of The Year awards at which Bradley was a special guest last year, said: “Terribly sad to hear that little Bradley Lowery has passed away. A warrior and an inspiration to the end. RIP Bradley.”

Jordan Pickford, who played in goal for Sunderland in the past season, posted on Instagram: “Rest in peace Bradley Lowery, such an inspiration to us all #theresonlyone.”

Bury FC, who are playing against Sunderland in a friendly on Friday night, said there would be a minute’s applause for the youngster ahead of kick-off.