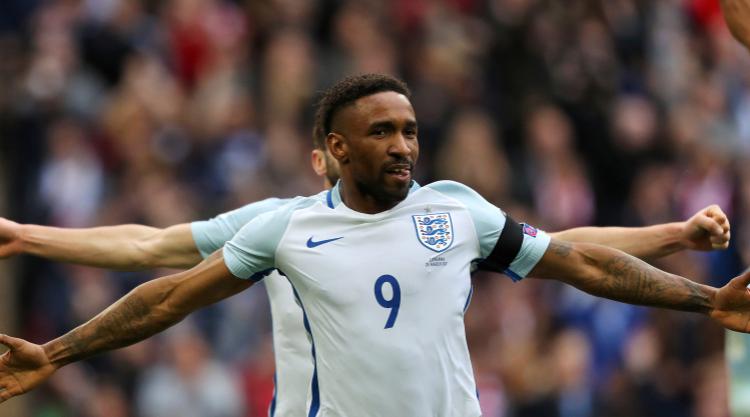 Jermain Defoe has returned to Bournemouth 17 years after asking where the town was when dispatched to the south coast by Harry Redknapp.

Defoe spent a successful season-long loan at the Cherries in 2000-01, setting a record for scoring in 10 successive league games in the process, after being told by then West Ham boss Redknapp that he needed to gain first-team experience elsewhere.

Now 34, the England striker is likely to end his career at the Vitality Stadium having signed a three-year contract that brings him back to where it all began.

“I remember Harry calling me into the office saying ‘you’re going to Bournemouth’. I was like ‘where’s that?!’ It was one of those moments,” Defoe said.

“I didn’t really know how to take it. I went home and said to mum, ‘mum I’m going to Bournemouth’. She was like ‘why?’ so she called up Harry to ask why he was sending me there. Harry said to me that I’d love it there.

“When I came down here, it was brilliant. Even to this day, I remember every moment and every goal.”

Defoe played alongside a number of the current coaching staff, including manager Eddie Howe who was captain at the time, and his fond memories made signing a formality once Bournemouth’s interest was made known.

“Probably at the back of my mind I’ve always thought about it – finishing where you started would be amazing, ” Defoe said.

“It’s strange coming back, I’ve seen a lot of familiar faces. It’s just so special, a special and unique situation with what they’ve done at this club. To be part of it is a special time.

“When I was here before the stadium was the other way around. When I drove to Bournemouth I had an excited feeling. It will take time to sink in.

“One of the first things Eddie said to me was that I’d still like to improve you, even at the age of 34.

“I’ve been in the game a long time, so for a manager to say that to me is good because it means I know I can still improve.”

Upon joining, Defoe told fans “the one thing I can guarantee is goals” and he he knows the expectation is that he will deliver on his promise.

“I watched that interview back and thought ‘wow, you’ve put pressure on yourself’,” Defoe said.

“People always say that when you work hard you get rewarded, so I’ll just continue working hard and doing what I’ve always done.

“In the last two Premier League seasons I have scored 15 goals back-to-back. If I can do that again I will be delighted. It is a new season, new challenge. I want to keep doing what I am doing.”

Nathan Ake feels he has returned home after opting to leave Chelsea and resume his development at Bournemouth.

Ake became the Cherries’ third signing of the summer after Defoe and Asmir Begovic, who has also been lured to the south coast from Stamford Bridge.

The 22-year-old Holland defender was bought for a club-record fee of Â£20million after impressing during a loan spell spanning the first half of last season.

“You always want to play more but I know it’s difficult to get into the Chelsea team,” Ake said.

“It made it easier for me because Bournemouth is a club I know and it’s the right place for me to develop.

“Straight away when I came to Bournemouth I felt part of something. It’s a family club and the football they play really suits me.

“I’m so happy to be back here. It feels right, like home for me.”