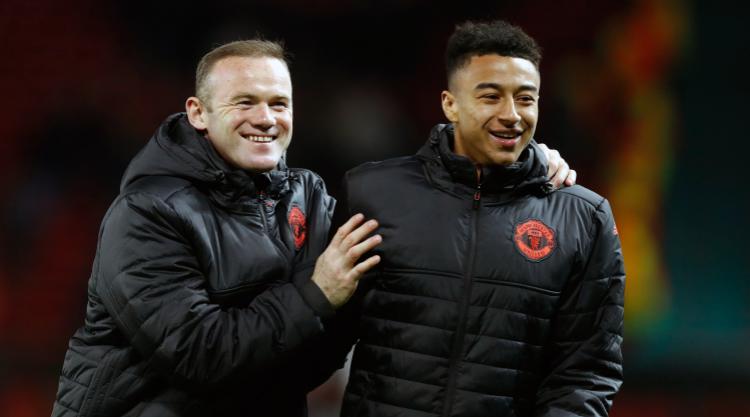 Jesse Lingard learned something from Wayne Rooney every day and believes Manchester United’s all-time top scorer will be welcomed back heartily when he returns with Everton this weekend.

This summer Rooney, 31, decided to end his decorated spell at Old Trafford in search of game time that was becoming less frequent under United boss Jose Mourinho.

Rooney secured a move back to Everton and has impressed on his return to Goodison Park, even retiring from international football with England to focus on life with his boyhood club.

The forward returns to Old Trafford for the first time this Sunday – a day before facing a charge of drink driving at Stockport Magistrates’ Court – and Lingard is thankful he could call him a team-mate.

“His experience in games, especially when you’re young,” Lingard said. “If it’s only 1-0 it’s always hard to manage a game, and he knew what to do at times, especially towards the end of games.

“You learn every day from him.

“Of course (it is hard to follow him), he’s always going to be recognised as a legend at the club and he’ll get a great reception when he comes back.

“Obviously he was there as a young boy and he thought it was the right decision at the time.

“Yeah, you could say that (he has unfinished business). But now Romelu (Lukaku) has come in and obviously we’re focused on playing with him now.”

While it was not part of the deal that Rooney took home, Lukaku headed the other way down the M62.

Three exceptional seasons in blue led United to fork out an initial Â£75million to bring the Belgium international to Old Trafford from under the noses of former club Chelsea.

Lukaku has seamlessly slotted into the United team, taking his tally to six goals in as many games by netting in Tuesday’s 3-0 Champions League win against Basle.

When asked if he was surprised by Lukaku’s impact, Lingard said: “No. I think you’ve seen last year what he’s capable of and what he did for Everton – he scored a lot of goals – and now he’s carrying that form on which is great for us.

“He holds the ball up well, he runs in behind which gives the guy on the ball another option. He’s very strong in the box, he’s very good with his head, so he gives a lot of options for the man on the ball.”

Asked if Lukaku has the potential to be the kind of figure Rooney was for United, Lingard said: “I think Rom’s a really nice guy, he’s got his feet on the ground and he doesn’t let anything faze him. As long as he keeps scoring the goals he’s going to make the headlines.”

Lingard has had precious few opportunities to make a name for himself this term.

The 24-year-old started in the UEFA Super Cup defeat to Real Madrid but the four appearances that followed came off the bench at the start of a season that is expected to end with England heading to the World Cup in Russia.

“There’s a lot of games, especially this month, so you’re always going to get your chance,” Lingard said. “I’ve just got to be patient and when you come on the field you want to make a difference.

“You learn a lot and you want to keep training hard and like I said you will get your chance, it’s all about taking it.”