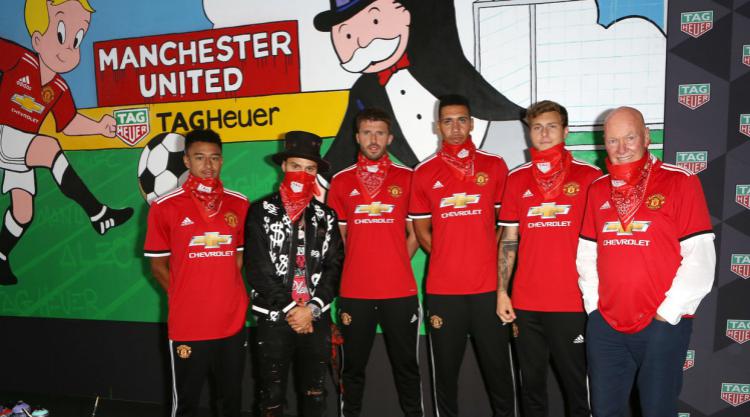 Jesse Lingard believes “anything is possible” at Jose Mourinho’s Manchester United this season.

The three years that immediately followed Sir Alex Ferguson’s retirement were as frustrating as they were uninspiring for the Old Trafford faithful, but the club now appear to be back on an upward trajectory.

EFL Cup, Community Shield and Europa League glory in Mourinho’s first season largely overshadowed their sixth-placed Premier League finish, but there is now a requirement to kick on further.

Sunday’s 4-0 thrashing of West Ham was an impressive marker at the start of the domestic campaign and Lingard believes exciting times lie ahead at Old Trafford.

“It has been a long time since we’ve beaten a team 3-0, 4-0 at Old Trafford,” the winger told Press Association Sport.

“We’re obviously back in the Champions League this season so there’s many more trophies we can win.”

United certainly have the strength in depth to challenge and their summer acquisitions have brought an extra edge to the side.

Named man of the match against West Ham, the former Chelsea man is not only providing a solid shield but is seen as key to unlocking the full potential of Lingard’s friend and team-mate Paul Pogba.

“You see the pace of Rashy (Marcus Rashford) and the power of Rom,” Lingard said. “That link-up over the course of the season will become stronger.

“(Matic) is taller than I originally thought! Obviously you don’t really watch a lot of other teams, but you see what he can bring: he stabilises the play, he breaks up the play.

“I think (Matic) playing behind in defensive midfield allows (Pogba) to have the freedom to go on and play and make things happen and not worry about defending when we lose the ball.”

Pogba and Lingard were at Old Trafford on Tuesday for the unveiling of a mural created by graffiti artist Alec Monopoly, whose depiction of scenes around the stadium was added to by some of the club’s players.

Mourinho was also there to see the artwork created by TAG Heuer, Manchester United’s official timekeeper and global watch partner – and the United boss has finishing touches of his own to make in the coming weeks.

The Reds have so far been thwarted in their attempts to sign Inter Milan’s Ivan Perisic, but the Portuguese is still targeting someone “playing from the sides” before the window closes.

That arrival could well increase the pressure on Lingard’s place, yet the 24-year-old England international welcomes competition with open arms.

“It is good,” Lingard said. “It is obviously more competition and it makes you work harder in training.

“So it’s all good. We’ve had a lot of players come in over the past few seasons, which is always good to help build the squad up and make it stronger.

“It’s always a massive honour to run out at Old Trafford or wherever we play for Man United.

“I am always going to work hard and keep my feet on the ground.”

Lingard will certainly not be giving up his place without a fight, having had to patiently wait to make a first-team impact after several loan spells.

The 24-year-old has been rewarded with a new four-year deal after impressing Mourinho, who has sometimes deployed the England international at left wing-back recently.

“Obviously it is not my natural position,” Lingard said. “For me, obviously I like playing more forwards in a three and having that freedom to go and play.

“He trusts his players which is good and it gives you the confidence to go and perform. I think that trust between the player and manager is massively important.”

Lingard has his manager’s trust, but not the height Mourinho appears to favour.

United’s summer signings to date have all been above six foot, and when asked if he felt like he was in a land of giants, Lingard said with a laugh: “Yeah, it is a very tall squad, I can say that!

“But it will help with set-pieces. We don’t score many set-pieces but hopefully we can add it to our game.”