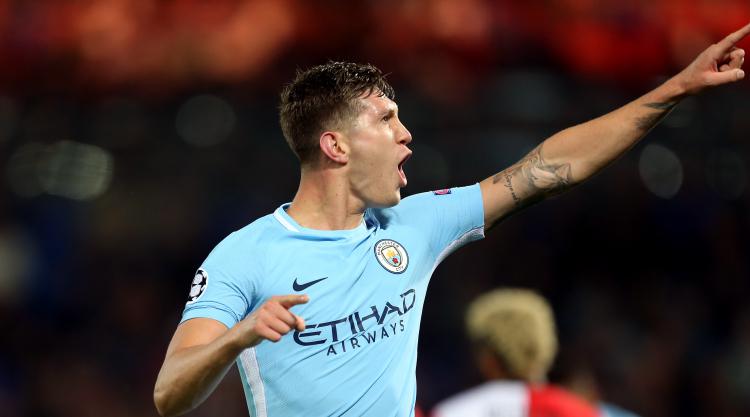 The England defender got City off to a flying start with a second-minute header in Rotterdam before wrapping up an impressive win after strikes from Sergio Aguero and Gabriel Jesus.

It was a scintillating performance from City, who played a brand of attacking football that must have delighted manager Pep Guardiola.

The result means City are already looking strong in Group F ahead of successive home games against Shakhtar Donetsk and Napoli.

Asked if it was the perfect start, Guardiola said: “Of course.”

Guardiola won the Champions League twice in charge of Barcelona and bettering last season’s last-16 exit must now be the minimum aim for City.

He said: “Three points are very important to start the group stage. Last season we were not able to win one game away.

“If you want to make a step forward you have to do this.”

The City boss went on to praise the performances of Stones and Kevin De Bruyne. Stones was solid at the back as City – who were again without captain Vincent Kompany – as the side followed up Saturday’s 5-0 defeat of Liverpool with another clean sheet.

De Bruyne, meanwhile, delivered another passing masterclass, the highlight being his cross for Stones’ second goal just after the hour.

Guardiola said of Stones: “There is no doubt about his quality. His two goals were so important.

“John knows what is the gap and where he has to improve, defending the duels, but he’s so young and he is able to achieve that. When he does, he will become an exceptional central defender.”

He added: “Kevin is one of the best players I’ve ever seen in my life in terms that he can make make absolutely everything (happen). He’s a top, top quality player. We are so proud and so happy he’s with us.”

Feyenoord were outplayed from start to finish, a harsh lesson for the Dutch champions on their return to the elite competition after a 15-year absence.

Manager Giovanni van Bronckhorst said: “They are a very good team with a lot of qualities and speed – everything to be a top team.