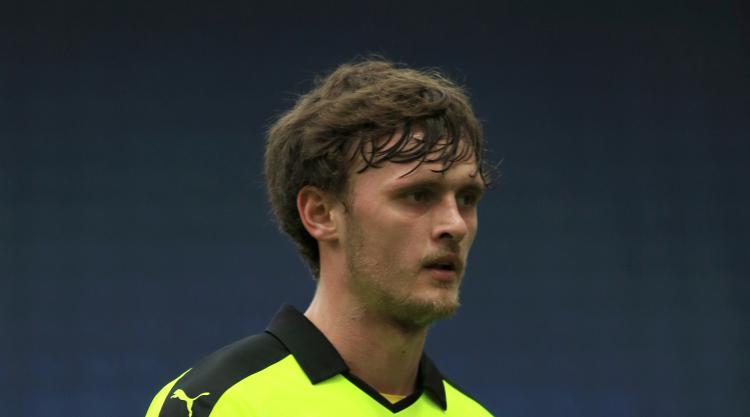 John Swift insists there is no pressure on Reading as they head to Wembley for the Championship play-off final.

The Royals were surprise third-placed finishers, and then underdogs against Fulham in the semi-finals, but are now just one game away from the Premier League.

Standing in their way are Huddersfield, who are once again the favourites in the eyes of most bookmakers – but that is just the way midfielder Swift likes it.

“Every player is different, but we’ve all played in big games before and this is one of the biggest,” he said.

“But since the beginning of the season I don’t think we were tipped to be up there, and the pressure wasn’t on us at the start of the play-offs.

“We weren’t expected to be here so there is no pressure on us.”

Swift left Chelsea to join Reading last summer, having made just one substitute appearance in the Premier League and spent the bulk of his two years as part of the Blues’ senior squad out on loan.

Players like Chris Gunter, Liam Moore, Tyler Blackett and Yann Kermorgant have also had a brief taste of the top flight, and Swift says they are determined to have another crack.

“It’s a massive game,” added the 21-year-old. “W e have got quite a few players here who have dropped down and who want to get back up there.

“It would be a massive achievement, but we’ve got a huge game in front of us and we can’t look too far forward.

“I went to Wembley with Swindon for a play-off final, but I wasn’t in the squad so that was disappointing.

“But after that I just wanted to get there again and hopefully it will be a good result.

“It’s a huge arena, the pitch is great and the whole surroundings are a lot different, it will be a lot louder on the day. It’s a famous day that we are all looking forward to it.”