Thieves stole £400,000 worth of designer bags and jewellery from the empty home of footballer John Terry after he posted a photograph online of him and his wife on a skiing holiday.

Burglars saw a picture of the 36-year-old Aston Villa player and his wife Toni, 35, on the slopes of a ski resort in the French alps which he had shared with his 3.4 million Instagram followers.

The former Chelsea star was posing in front of the mountains with his wife in the photo, which he posted with the caption “a great few days skiing with the family.”

Realising his £5million Surrey mansion was likely to be empty, the thieves, armed with axes, broke in and ransacked the property on February 25, Kingston Crown Court heard. 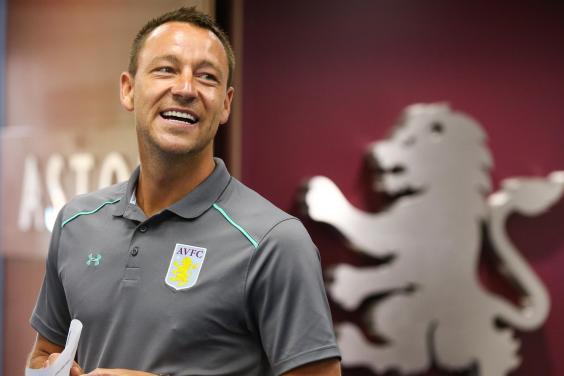 The items stolen included a £42,000 snakeskin Hermès bag, Chanel bags worth £8,000, a trophy and a collection of first edition signed Harry Potter books worth £18,000.

CCTV footage showed the men entering and leaving the property and returning with a third man at about 2am to try to get into a safe, the court heard.

Oliver Hart, 25, Joshua Sumer, 27, Roy Head, 28, and 30-year-old Darren Eastaugh have all admitted one charge of conspiracy to commit seven burglaries at properties in Surrey and Sussex between February 1 and March 27 this year.

A fifth man, Kye Hardy-King, 25, has admitted one charge of handling stolen goods.

The five men were due to be sentenced at Kingston Crown Court on Friday.