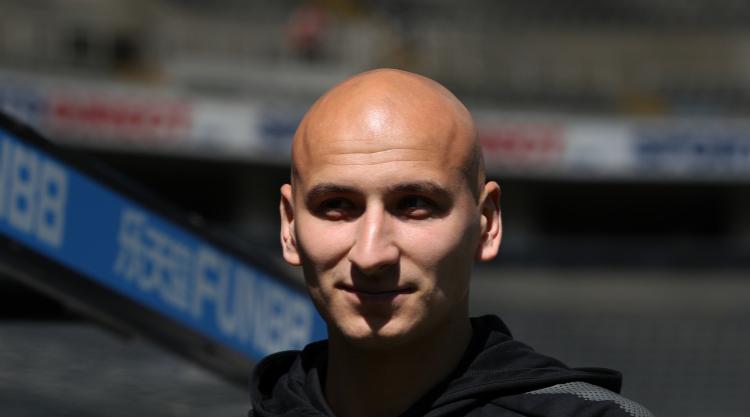 Rafael Benitez has revealed Jonjo Shelvey apologised to his Newcastle team-mates after wrecking their start to life back in the Premier League in a moment of madness.

Shelvey was sent off four minutes after the break for needlessly standing on Dele Alli as he lay on the floor in front of referee Andre Marriner with the score at 0-0.

Spurs took full advantage of their numerical advantage to run out 2-0 winners at St James’ Park, but it was the man who wore the captain’s armband for the home side who emerged as the villain of the piece.

Asked if he felt let down by Shelvey, Benitez said: “It’s not me, it’s everyone. We have been talking about that for a while. He knows that he had made a mistake, he apologised, but still we lost the game.

“To be fair, I was happy with the effort of the players and there were a lot of positives, but still if you want to win games, we cannot lose our focus for just one minute.

“We know that we are in the Premier League and we have to do everything really well if we want to win games.

“All the effort that we put on the pitch was lost because we made a mistake.”

If Benitez could have few complaints over Shelvey’s punishment, he felt Tottenham striker Harry Kane should have suffered a similar fate for a robust challenge of Florian Lejeune which ended his debut after 33 minutes, but cost the England international only a yellow card.

Benitez said: “I would like to say that the tackle from behind by Harry Kane I think was worse, but the rules are the rules and we paid for that.

“I’d say that is worse because as you saw, I had to change one player and Dele Alli had nothing. Watching the replay from the bench with the fourth official in front of everyone, I was surprised [he was not sent off].”

Opposite number Mauricio Pochettino, however, was of a different opinion.

He said: “I think it’s different. I saw the action. It was the same with [Matt] Ritchie against Dele Alli after he was involved with Shelvey.

“I think it’s not fair to say that it deserved the same punishment, Harry, as Shelvey, or Ritchie.”

Alli eventually opened the scoring with 61 minutes gone – Ben Davies sealed victory nine minutes later – and the England midfielder, who has had disciplinary problems in the past, was praised by his manager for keeping his cool.

Pochettino said: “He was calm – that’s important. Last season, we talked a lot about that, how we need to behave and improve and learn.

“He’s mature enough now to accept sometimes what happens on the pitch, but he is so clam, he is so brave.

“Then he scored – and he scored a great goal – and I am very pleased. He needs to improve, he is not at his best expression, but it is coming.”

Pochettino revealed he remains intent on strengthening his squad during what remains of the transfer window, but Benitez’s need may be more pressing with both Lejeune and Paul Dummett potentially facing time on the sidelines through injury and Shelvey having landed a mandatory suspension.