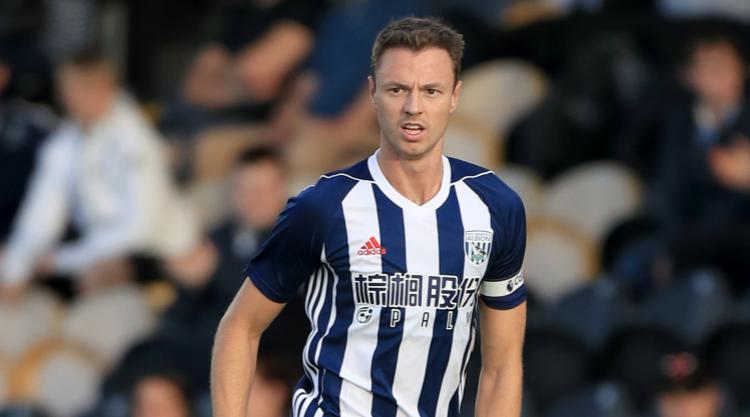 Jonny Evans is anticipating no issues when he returns to West Brom next week following a transfer deadline day which left his admirers frustrated.

Northern Ireland centre-back Evans, 29, was of interest to Manchester City, Arsenal and Leicester in the recent window but the Baggies fended off approaches for their captain and were able to hang on to him as the time reached 11pm on Thursday night.

Evans was in San Marino at that point preparing for a qualifier that Northern Ireland won 3-0 on Friday evening, and he will remain with Michael O’Neill’s team in Belfast for Monday’s home clash with Czech Republic.

Once he has played in that, Evans will return to The Hawthorns rather than any new club destinations and expects to discuss his situation with Albion boss Tony Pulis, with the defender hopeful he can just pick up where he left off.

“I don’t really know much of what went on because I’ve been away on international duty,” he said of his saga.

“You try to focus on that when you’re in a hotel but when I get back I’m sure I will have a chat with the chairman and the manager, but before I left we’d said, ‘If something happens or it doesn’t we’ll just get on with it’.

“As a player you don’t really know what’s going on a lot of the time and a lot of things are word of mouth.

“We’re not involved in that process but everything was left on good terms because it was a hypothetical situation. I just want to get on with what I was doing and see what happens.

“I’m a West Brom player and I’m the captain. I spoke about that in my programme notes last week and I’ll be looking forward to going back and seeing the lads.”

The fixture against minnows San Marino saw Evans make his first appearance of the season after a nagging hamstring problem that kept him out of West Brom’s opening games.

And it came at a perfect time for Evans as he was able to concentrate on what goes on between the white lines after days and weeks of speculation surrounding a possible move.

“That’s one of the great things about football – when there are other things going on, it makes you focus on something and the game takes your mind of other things,” he said.

“It was good for me, it came at the right time for me, especially with my injury and it was good to get through the 90 minutes.”