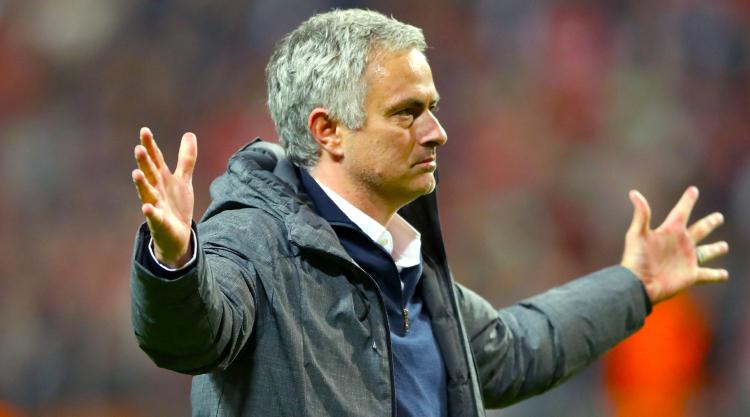 Jose Mourinho insists Manchester United’s hectic-looking pre-season schedule will help rather than hinder, going as far to say as their American tour is “perfect”.

Complaints about the Reds’ fixtures list dominated the end of last season, with the Portuguese’s side not only juggling domestic exertions but their run to Europa League glory.

It was therefore a little bit surprising to see how packed their 2017-18 preparations have been, with Sunday’s penalty shootout win against Real Madrid their fourth friendly in nine days.

Matches against the LA Galaxy, Real Salt Lake and Manchester City in Houston preceded the Santa Clara encounter, with United then heading to Washington to take on Barcelona in Wednesday’s final match Stateside.

Friendlies in Norway and Ireland follow before the UEFA Super Cup in Macedonia on August 8, but Mourinho does not fear the schedule will negatively impact United.

Asked if the air miles being put into his players’ legs were a concern, the United boss retorted: “No, no, no. For us, not a lot of travelling.

“The flights were quiet, short flights to go to Real Salt Lake, Houston was not a problem, and now we are on our way back home.

“We come here and now we go to DC and DC is halfway home, almost.

“In terms of jet lag, it is halfway home, so these next three days in DC is not a problem, it is just a good thing for us on our way back.

“And after that we have two more matches to play in Norway and Ireland, travelling in the same day, short flights, so I am really happy with our pre-season.

“And if (Juan) Mata and Ander (Herrera) are not a real problem in terms of injuries, I would say perfect pre-season for us.”

Bureaucracy, disorganisation and bad luck meant their money-spinning International Champions Cup involvement ended shambolically, with the friendly against City in Beijing called off to the quagmire Bird’s Nest surface.

Mourinho has long preferred pre-season taking place in the USA, in particular Los Angeles, and will be pushing to come back across the Atlantic next year.

“It is the best,” the United boss said earlier in the week

“It is the best and I will try everything with my club to be back because, with all the respect, Asia is beautiful, commercially it’s fantastic for the clubs, but the conditions to work are completely different.

“Here it is about the facilities, about the organisation and everything is perfect, so we are going to try to persuade the club and Relevent (ICC organisers) to bring us back again.”