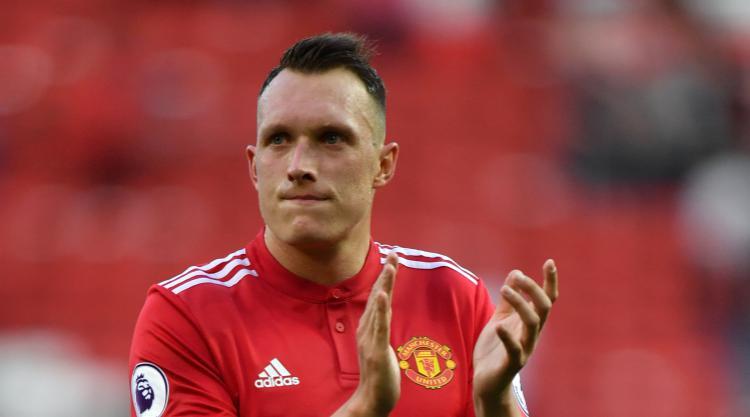 The 25-year-old has started the new Premier League campaign alongside Eric Bailly at the heart of a United defence that is yet to concede a goal in their three opening victories.

Jones was brought to Old Trafford by Sir Alex Ferguson as a teenager in 2011 and two years later the Scot declared he “could be our best ever player”, but a spate of injuries and uncertainty over his best role have ensured he is yet to get anywhere near such lofty predictions.

The fitness concerns remain ahead of Jones linking up with the England squad, though Mourinho is confident he has all the attributes to thrive as a centre-back.

“He has a problem now. He’s complaining about an ankle problem so he’s the kind of player where we need to have him always in our hands with a lot of care from the medical department, from the fitness coach, from my assistants, in the gym, working always on prevention, on recovery.

“If we manage to have him safe and protected from injuries, I think potentially he’s everything I like in a central defender.”

That was the area of the field Mourinho first addressed when the transfer window reopened this summer as he recruited Benfica’s Victor Lindelof.

The Swede, yet to appear for United in the league and missing from two of the matchday squads, has been promised an outing alongside Chris Smalling against Basle in the Champions League next month due to Jones and Bailly’s suspensions.

“Smalling is in very good condition and Victor is improving every day,” Mourinho declared.

“Against Basle, Jones and Eric are both suspended so we will play Victor and Smalling and there will be no problem at all.

“The squad is good and the mentality of the players is very good.”

United have enjoyed a perfect start to the new term, winning three from three, scoring 10 and not conceding in the process.

Continuing in that manner is now the challenge for Mourinho, whose team have seven fixtures in 22 days upon their return from the international break.

“If I have one week to prepare a match, my team is always very good because you have time to organise a week of work, going through every item of the game,” Mourinho said.

“When you start playing every two, three days, it’s more based on what you build during pre-season. From now, (there are) no more clean weeks, from now every week has a midweek match until the moment we are out of one of the cups.

“Now my team is also the mirror of the work we are doing in clean weeks where we can train five days and close to every item of the game-plan.”