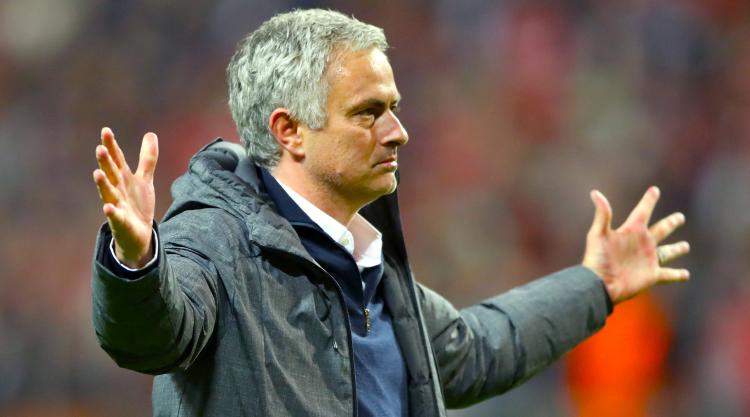 Manchester United’s American tour ended in defeat but Jose Mourinho returns home in a positive mood, having been impressed by his team’s improved second-half display against Barcelona and “special” player Paul Pogba.

Washington’s FedEx Field was host for the Reds’ fifth friendly in as many cities and bore witness to their biggest test yet given Barca’s frontline boasted Lionel Messi, Luis Suarez and Neymar.

The latter, amid talk of a move to Paris St Germain, fired home in the first-half, securing a 1-0 win for Barcelona despite United improving after the break.

“I think for the crowd it was good,” Mourinho said after 80,162 saw the Reds’ first defeat of the tour. “I think in pre-season it is important also to play for that.

“When you come to the US and you have a stadium with a few thousand very enthusiastic (fans), this is what they want – they want Messi, Neymar, Pogba, they want the best players to show what they are.

“We didn’t defend well, I was not happy with the way we were defending, but that’s pre-season.

“We tried to equalise, they tried to keep the ball and keep possession and defend well, so even in the second half the match was positive.”

Mourinho was especially pleased with the performance of world-record signing Pogba.

The France midfielder was particularly impressive in the first half and, while there remains an overall gap to the likes of Real Madrid and Barca, the United boss believes they have a player in the same bracket as Messi, Neymar and Co.

“And Suarez, (Andres) Iniesta, (Gerard) Pique, and (Cristiano) Ronaldo, (Gareth) Bale, (Luka) Modric and Toni Kroos – there is only one, so they can only be playing for a club and not for two clubs.

“We can’t have them, they belong to the clubs.

“What you can do is when the matches are real matches, you try to compensate the difference of quality with a certain tactical organisation – and with that, you can win in football.

“It’s possible that a team is in a certain day better than the sum of the parts. That’s possible in football, but the parts are amazing.

“Their relation with the ball is amazing.

“You can argue about occupation of spaces, tactics and compact blocks, you can speak about all of that but the relation with the ball is still the most important thing.

“Even as an opponent on the bench like I am, it is beautiful to see a few guys their relation with the ball.

“But I have to say one of my players today, Paul Pogba, he showed the level. He showed that he belongs to that level.”

Pogba has been one of the standout players on the US tour, as has Jesse Lingard.

The winger appeared in discomfort when leaving the field in the second half, but Mourinho expects the England international to be fine.

“No, no problem with Jesse,” Mourinho told Press Association Sport after the press conference. “I think it’s just muscle tiredness.”