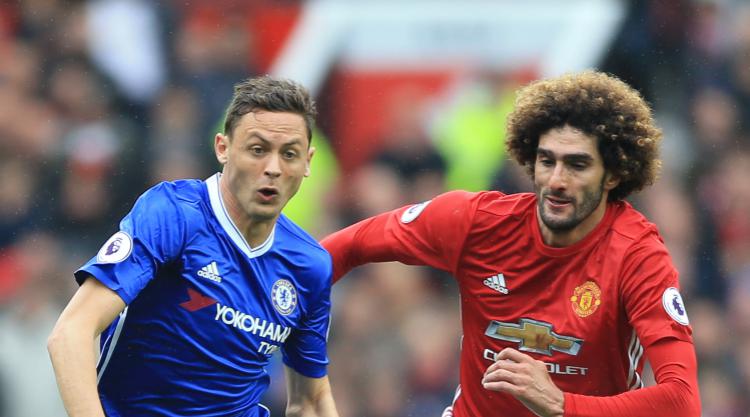 Nemanja Matic is eager to leave Chelsea and sign for Manchester United, according to Red Devils boss Jose Mourinho.

Reports have claimed a deal in the region of £40million is close to being agreed between the two clubs for the 28-year-old Serbia international midfielder.

Matic would be United’s third summer signing following the arrivals of defender Victor Lindelof from Benfica and striker Romelu Lukaku from Everton. It would also be the second time Mourinho has bought Matic, having signed him for Chelsea in 2014.

Asked about the possibility of a reunion following United’s 3-0 pre-season friendly win against Valerenga in Oslo on Sunday, Mourinho said in a press conference shown on MUTV: ” I’m waiting for news.

Chelsea spent £21million just over three and a half years ago to buy Matic from Benfica for a second spell at Stamford Bridge.

His possible arrival at Old Trafford might spark speculation around the future of Marouane Fellaini and the big Belgian was linked with a move to Turkish club Galatasaray over the weekend.

Fellaini, in the final year of his contract, provided a reminder of what he can do by heading United’s first goal against Valerenga and after the game Mourinho dismissed suggestions he would be sold.

“It’s easier for Galatasaray to get me than Marouane. If they need a manager, they can try and have a chance, but Marouane? Forget it. He’s too important for me,” Mourinho said.