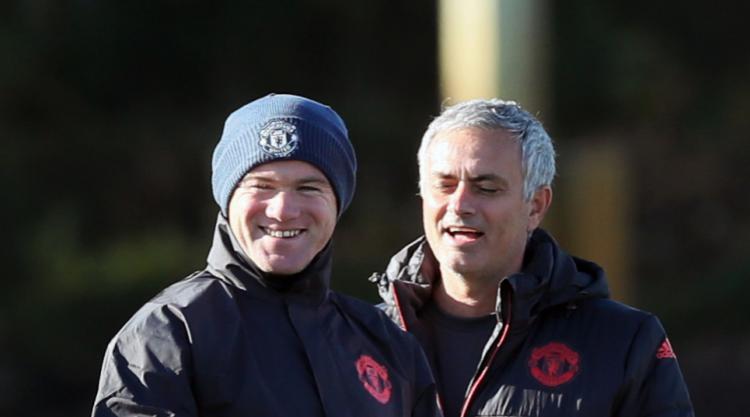 Jose Mourinho will miss Wayne Rooney‘s influence around Manchester United, but has no doubt the likes of Paul Pogba will step up to lead the club into an exciting new era.

After three largely drab years following Sir Alex Ferguson’s retirement, the Portuguese was brought in to give the Old Trafford giants a much-needed shot in the arm.

That success bodes well for a new campaign that United approach without the man that skippered the side last term, with Rooney recently securing a return to boyhood club Everton after 13 years away.

The captain grew frustrated by a lack of first-team opportunities and, while no longer the first name on the team sheet, Mourinho says the club’s all-time top scorer will be missed.

“Wayne was a very positive influence,” the United boss when asked about the changing profile of the squad by Press Association Sport

“We cannot say we are going to improve the group because Wayne left. No way, or the other way around.

“And now it is time for other people to come up and knowing that probably it is Michael Carrick’s last year, the people that is behind have to prepare themselves for that.

“And the best way to prepare themselves for that is to be already burning in terms of that good positive influence and leadership.”

Carrick, the last member of the victorious 2008 Champions League side, was the obvious choice to succeed Rooney as United skipper, but Mourinho decided against naming a vice-captain.

Ander Herrera is widely seen as a future Reds captain, while the impact and experience of Pogba, the world’s most expensive player, means he too could lead the side.

“He is still the kid from the academy but with his experience, with his status and with his quality on the pitch, where he is also a key player for us, I think Paul has (the) conditions to be in a couple of years such an important guy in the club, really.”