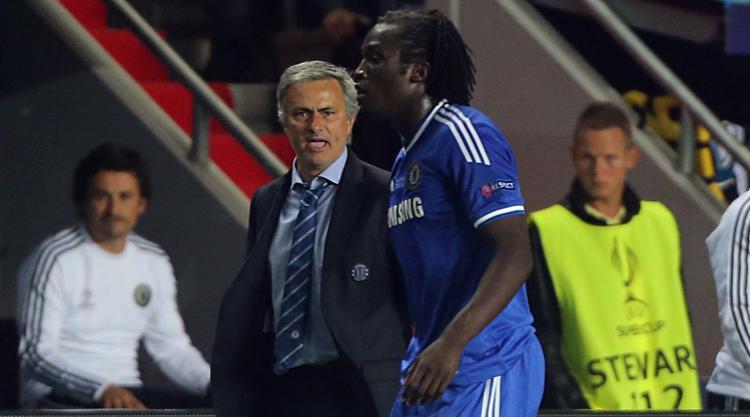 Romelu Lukaku could not turn down the chance to join Manchester United after hearing Jose Mourinho’s plan to “rebuild the club”.

For much of the summer it had appeared that the 24-year-old was bound to leave Everton for Chelsea, only for United to swoop in and gazump his former club.

Mourinho was in charge when Lukaku was given the green light to leave Stamford Bridge, but three years on he now sees the striker as a key piece of the jigsaw at Old Trafford.

United forked out an initial Â£75million for the Belgium international, whose mind was made up by his manager’s plans rather than the persuasive powers of close friend Paul Pogba.

“We were just on holiday together,” Lukaku said of the United and France midfielder, who he was away with in Los Angeles as the move was completed.

“At the end of the day I had to make my own choices.

“It was the conversation I had with the manager that really convinced me the most, the plans and how he wanted to rebuild the club and he wanted me to be part of it.

“I am grateful for the chance.”

However, the 24-year-old’s impressive ratio for Everton suggests he is ready to step up at Old Trafford – and the striker is clearly raring to go.

“It feels great (to be a United player),” Lukaku said in Washington. “It is something I always wanted.

“I always wanted to play for a club of this stature. Now I am here I want to take my chance and try to deliver as much as I could for the club.

“I don’t want to talk about personal ambitions. I just want to work hard on a daily basis and win as many games as I can.”

Lukaku has certainly been made to work hard during United’s American tour, training with his new team-mates for the first time within an hour of his move being made official.

Mourinho has praised the new boy at nearly every public appearance after a promising start, following up his first goal in a United shirt at Real Salt Lake with a stunning effort in the 2-0 derby win against Manchester City.

“It has gone well for the team,” Lukaku said of the build-up to the 2017-18 season. “Everybody is well prepared.

“We are working really hard and delighted to be here and we need to keep going.”