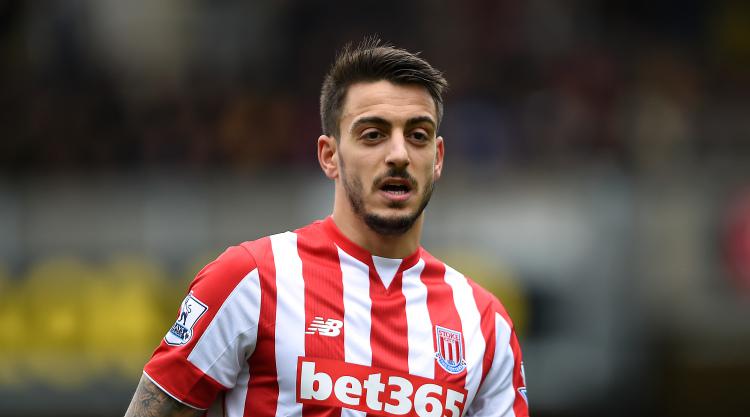 Striker Joselu has completed his move to Newcastle from Stoke after manager Rafael Benitez finally received some good news on the transfer front.

The 27-year-old Spaniard has signed a three-year deal to seal a move for an undisclosed fee, believed to be in the region of £5million, the Magpies have confirmed.

Joselu said: “I feel very happy because I have signed for a very big club. I’m very happy to be part of this club, and so excited. I’m looking forward to getting to know my team-mates, the city, the training ground, the stadium and all the supporters.”

Joselu headed for Tyneside on Monday to discuss personal terms and undergo a medical as a protracted pursuit drew to a close, and he has now become compatriot Benitez’s sixth summer signing.

He arrives at St James Park perhaps with something to prove after managing just four goals in 27 appearances in his first season in the Potteries following a £5.75million switch from Hannover during the summer of 2015.

The frontman was sent out on loan to Deportivo la Coruna last season and found the back of the net on six occasions while playing slightly fewer games.

Benitez will hope he improves significantly on his return while on Tyneside, with Dwight Gayle and Aleksandar Mitrovic his only out-and-out strikers.

He has made recruitment on that front a priority since securing promotion back to the Premier League, but missed out on a loan deal for Chelsea’s Tammy Abraham and has so far been thwarted with other targets – among them Arsenal’s Lucas Perez – because of inflated asking prices and wages.

Benitez said: “We have known Joselu since his days at the Real Madrid academy, and we know that he has the potential to do well for us.

“Obviously he has experience of English football and the Premier League and that was another thing we took into consideration. We think if we can exploit his full potential he will be a good signing for us.

“He knows and accepts the challenge we’ve given him at Newcastle United and he’s keen to come and fight for a position in the team.”

The Newcastle boss and club owner Mike Ashley have each had their say on transfers in recent days to leave fans fearing a schism has developed, although with more than two weeks of the transfer window remaining, there is still room for manoeuvre.

Newcastle face Huddersfield, with whom they emerged from the Sky Bet Championship last season, on Sunday.