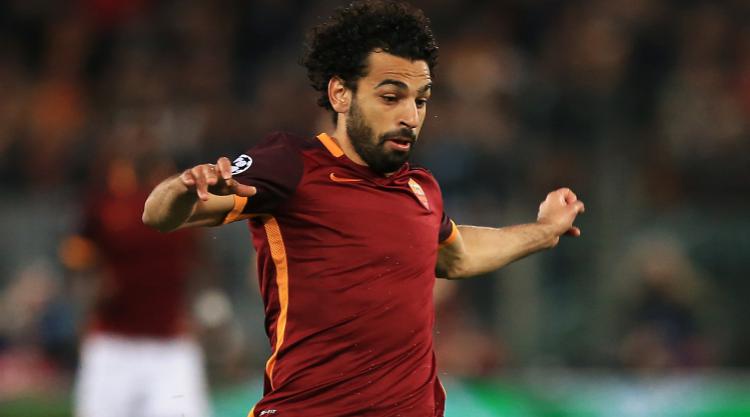 The Reds kick-started their summer recruitment drive after completing a deal for the Roma winger, who has signed a five-year deal at Anfield.

Salah was a long-term target of the club, who previously tried to sign him three years ago when they were pipped by Chelsea, and current manager Klopp was keen to add more pace to his side.

The club had a £28million offer turned down earlier this month but after finalising terms with the Serie A club on Wednesday, Salah travelled to Merseyside to complete his medical and sign his contract.

“Mohamed has the perfect mix of experience and potential – this is a really exciting signing for us,” Klopp said.

“He knows the Premier League, he has pedigree in the Champions League and he is one of the most important players for his country.

“His record in Italy has been outstanding and he possesses qualities that will enhance our team and squad.”

Salah, who scored 29 goals in 65 appearances in Italy, will wear the number 11 shirt after previous incumbent Roberto Firmino switched to number nine.

“I have followed him since he emerged at Basle and he has matured into a really good player,” Klopp added.

“His pace is incredible, he gives us more attacking threat and we are already strong in this area. I like that we will make it even more competitive.

“Most important though, for us, is that he is hungry, willing and eager to be even better and improve further.

“He believes in what we are trying to do here at Liverpool and is extremely keen to be part of it.”

“I will give 100 per cent and give everything for the club. I really want to win something for this club.

“We have a great team and very good players. I was watching the games last year and everyone was giving 100 per cent to win something.

“Everyone can see the coach gives everything. I hope to see that together we can give everything to win something for the club, for the supporters and for us.”

Klopp has already signed England’s Under-20 World Cup winner Dominic Solanke after his contract expired with Chelsea, with a fee likely to be decided by a tribunal, but the plan is for him to start in the Under-23s side.

While Salah will be the second arrival of the summer there are a number of players surplus to requirements and Liverpool have already turned down an £11million bid for out-of-favour left-back Alberto Moreno from Napoli.

The Italian side are expected to return with an improved offer but face competition from two Premier League clubs and his former club Sevilla.