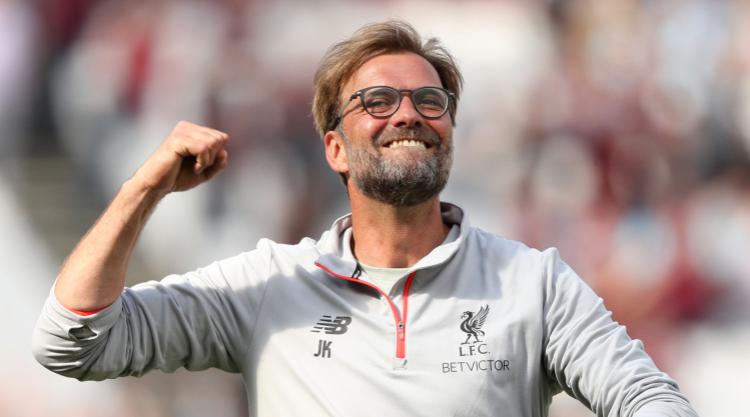 Liverpool manager Jurgen Klopp is targeting an improvement in the club’s top-four status after promising his squad will be stronger this season.

A large group of players – including the likes of Daniel Sturridge, Sadio Mane, Jordan Henderson, Roberto Firmino and James Milner – returned to the Reds’ Melwood training complex on Wednesday for pre-season training.

New signing Dominic Solanke, who moved from Chelsea after his contract expired, was present for pre-season testing but the striker did not train with the squad after his exploits in winning the Under-20 World Cup last month, where he was named player of the tournament.

What compensation fee, because of the player’s age, Liverpool will pay has still to be decided by a tribunal.

Klopp has strengthened his attacking options further with the signing of Roma winger Mohamed Salah and is keen on RB Leipzig midfielder Naby Keita to bolster his midfield, with the centre and left of defence also in need of strengthening.

But, while the quest for signings continues, the German knows he has to get the majority of his players up to speed quickly with a crucial two-legged Champions League play-off – as a result of their fourth-placed finish – to face soon after the Premier League season kicks off.

“We all know in a few weeks we have these qualifiers and there will be pressure on the game,” he told liverpoolfc.com.

“But now we have the time to prepare this and we have to use the basis we created last year – it was not too bad.

“We are now one of the top four teams in England so now we want to keep this situation and work with it and improve.

“The squad will be stronger this year than it was last year. That’s a real reason for real optimism.”

Salah will, along with Philippe Coutinho, Adam Lallana, Emre Can, Dejan Lovren, Simon Mignolet and Georginio Wijnaldum, come back later than the others as a result of their recent international commitments.

But with their first pre-season friendlies just a week away, first at Tranmere next Wednesday, and then at Wigan two days later, the focus is on getting the current group ready for action.

“I saw the boys this morning and I saw in their faces that they’re ready to go. So I’m ready to go,” Klopp added.

“Of course, it’s not what they love most, it’s kind of a weird relationship (with pre-season) – you don’t want to do it but you know it’s necessary so you do it. You feel bad before and you feel perfect afterwards.

“It’s important for us to know from which point we can pick them in the next few weeks. They all look pretty much in a good shape.”

Defender Joe Gomez is one of those back in for training and he is looking to make up for lost time after missing almost two seasons, playing just three first-team matches in January after recovering from a serious knee injury.

“Obviously you have bits when you’re anxious about the running, because it’s going to be difficult,” said the 20-year-old.

“I’ve had a lot of tough periods and stuff but I’m just grateful to be here and happy to go again.

“I’m 100 per cent. I feel good, I feel fit, sharp, I’m in a good place mentally and physically. I just see it as a fresh start now to go again and attack this season.”

One youngster who will be missing pre-season is Rhian Brewster, whose rapid progress last season saw him promoted from the under-18s through the under-23s to a place in Klopp’s squad, as he is likely to be out for eight weeks with a broken foot.