Prince William and Kate met one of the stars of their favourite TV show Game of Thrones – and tried to persuade him to reveal what happens next.

The royal couple chatted to German actor Tom Wlaschiha, who plays Jaqen H’ghar in the cult show, at an event in Berlin on Thursday night.

Prince William and his family are heading home today after their successful charm offensive to Germany and Poland.

Little ambassadors Prince George and Princess Charlotte will also make their final appearance too after being seen three times on the week long trip. 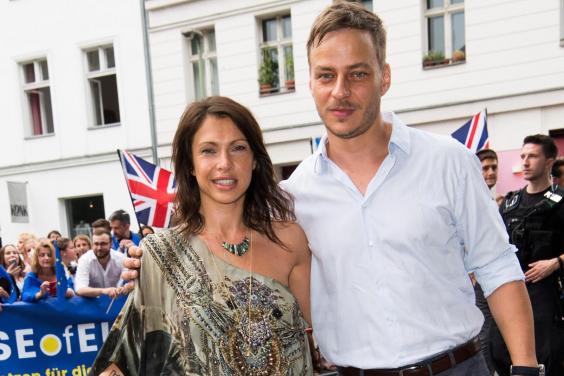 But before returning to the UK the royals travel to Hamburg, where they carry out a series of engagements.

They were visiting the Maritime Museum, then Elbphilharmonie, taking a boat trip down the River Elbe and a visiting to Airbus’ company base, from where they will take their private jet home. 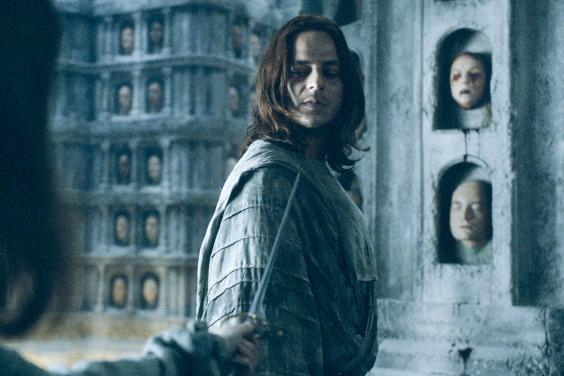 Tom Wlaschiha as Jaqen H’ghar in Game of Thrones

Last night in Berlin Kate wore a stunning Markus Lupfer dress as she and William chatted to German actor Tom Wlaschiha, who plays Jaqen H’ghar in the cult show.

“They said they really liked Game of Thrones and have watched every series”  said Tom, 44. 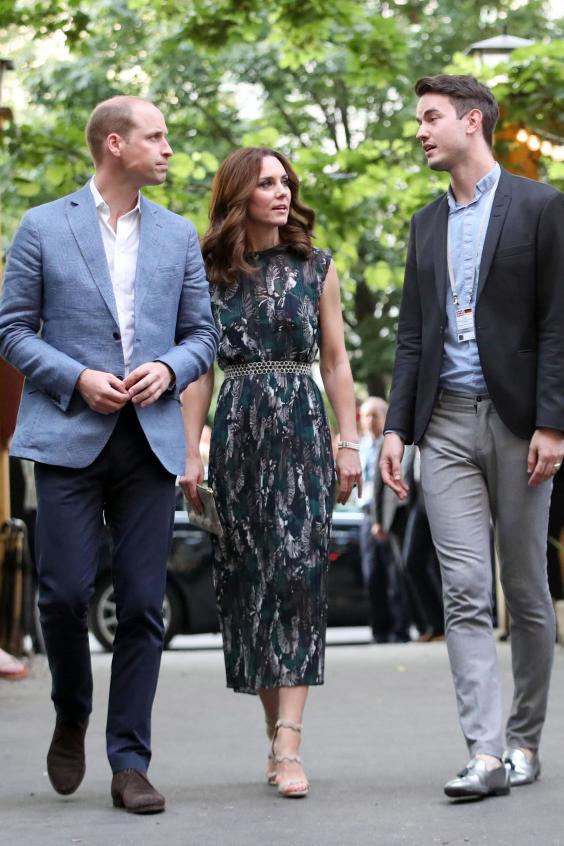 The Duke and Duchess being greeted at the last original dancehall in Germany. (PA)

“They wanted spoilers but I said I couldn’t tell them. I’m surprised they have time to watch such a long running series.”

William and Kate revealed their love of Game of Thrones back in April, when they told Radio 1 DJ Scott Mills that they loved watching box sets of the show and getting a takeaway curry.

The royal couple also chatted to British actor Sam Riley, who lives in Berlin and said they were ‘very charming.’ 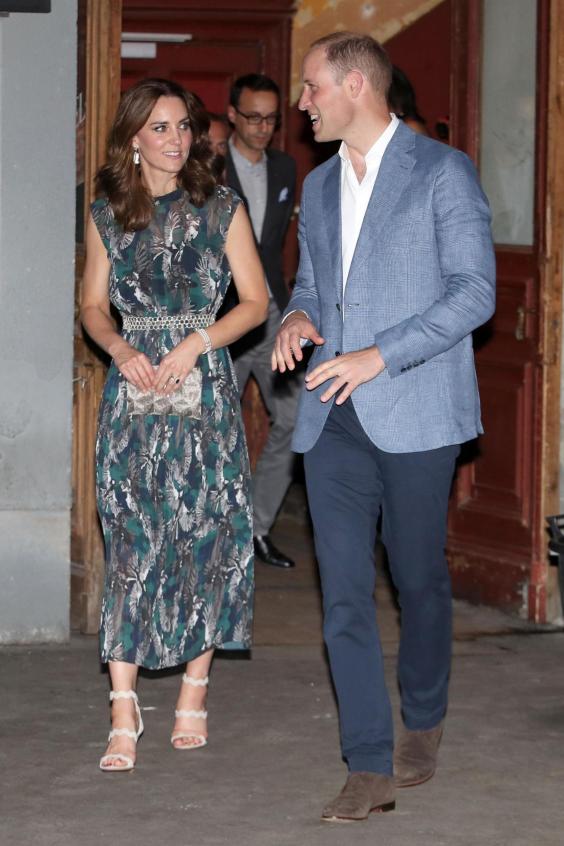 Kate and William at a reception in Berlin. (PA)

Meanwhile German actress Jana Pallaske, who starred in Inglourious Basterds, said: “Kate told me she was really liking Berlin. I think they like the vibe here. It’s wonderful to see someone who carries themselves with so much grace. She is so regal. That is my goal.”

The actors were among guests in the vintage mirrored hall of Berlin’s historic Clärchens Ballhaus, one of Berlin’s last remaining ballrooms, which hosted the British Council reception for exciting new names in the city’s art, culture, style, fashion and technology scene.

The ballroom’s guest relations manager Nils Juergens showed William and Kate around the venue, which opened in 1913 and still offers dancing lessons, as well as being a bar, restaurant and nightclub.

“Kate was joking that William should come here for dancing lessons and they both laughed,” said Nils. “I told them about the club scene here and William said he would like to try it out.

“He also said he liked my shoes,” added Nils, pointing at his shiny silver shoes. “I had been a nervous wreck before they got here but that really broke the ice and put me at my ease. They were very nice and very natural.”