As the Duke and Duchess of Cambridge arrived at the former Nazi death camp Stutthof, their car was flanked by burly sunglass wearing Polish security.

The royal limo containing Prince William and Kate then proceeded at a snails pace as the five guards – the same team who would have been on duty when President Trump visited Poland earlier this month – flanked the car.

The odd manoeuvre happened, however, in a totally secure area inside the former concentration camp – with only the press, who have been through a security sweep, present. 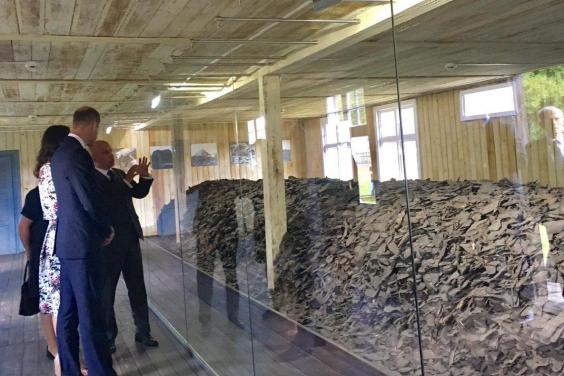 Prince William and Kate are shown piles of shows of those who were killed in the camp. (Kensington Palace)

None of the Prince’s personal protection team from SO14 were involved in the bizarre show of security and blended quietly in the background. 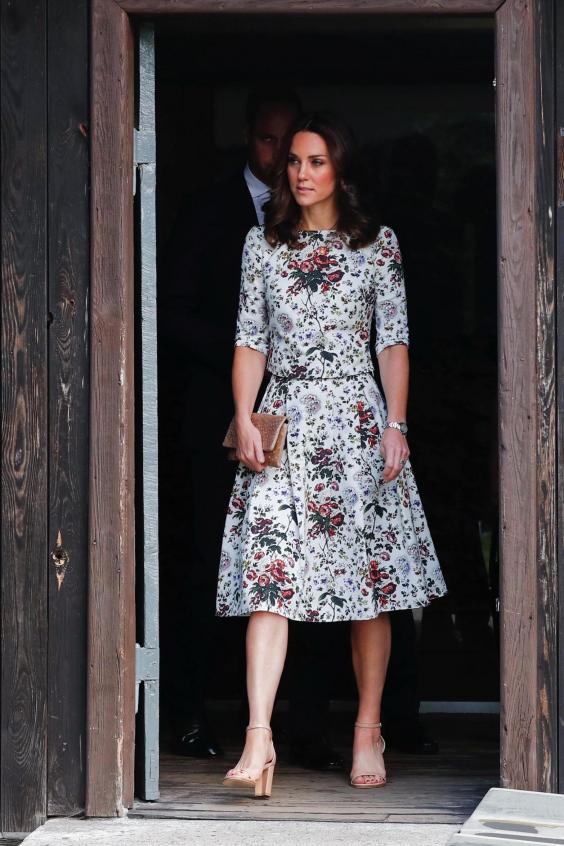 William and Kate were shown around the museum. (REUTERS)

Stutthof, about 20 miles from Gdansk, is now run as a museum and the Duke and Duchess met senior staff from the institution before being taken to a barracks and shown discarded shoes from Holocaust victims. 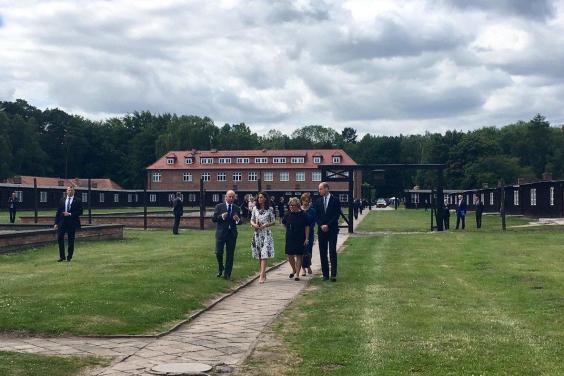 William and Kate walk through the site of the camp with the director of Stutthof Museum, Piotr Tarnowski. (Kensington Palace)

When the couple walked on to the main complex, before them were the remains of the camp with some huts left intact showing the cramped living conditions. 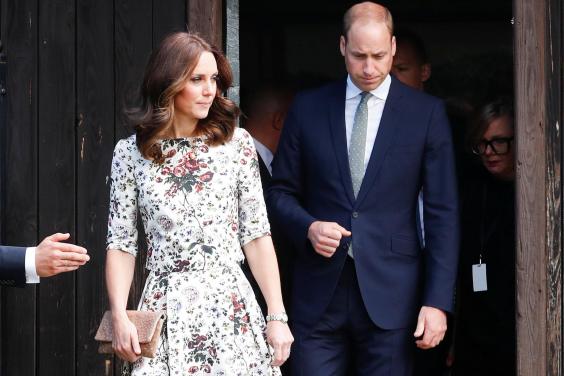 The mood appeared sombre as they visited the museum. (REUTERS)

The atmospheric wooden buildings featured pictures of inmates and some of their personal possessions, from combs and children’s dolls to portraits drawn by incarcerated artists.

​Stutthof was created as a prison camp at the start of the war and became a concentration camp in 1942.

It was not an extermination site like Auschwitz-Birkenau, although it did have a small gas chamber used to murder prisoners considered too sick to work.

Tens of thousands of Jews died mainly from disease, malnutrition, physical exhaustion, exposure to the harsh climate and abuse from guards.