The Duchess of Cambridge dazzled in a bottle green, patterned gown as she and Prince William enjoyed the last night of their Royal tour at a glittering reception in Berlin.

Kate and William were meeting faces from the world of art, culture, style, fashion and technology at Berlin’s Clärchens Ballhaus as they rounded off a whirlwind two days in Germany.

The reception took place in the mirrored hall at Clärchens which is one of the last remaining ballrooms in Berlin and opened in 1913. 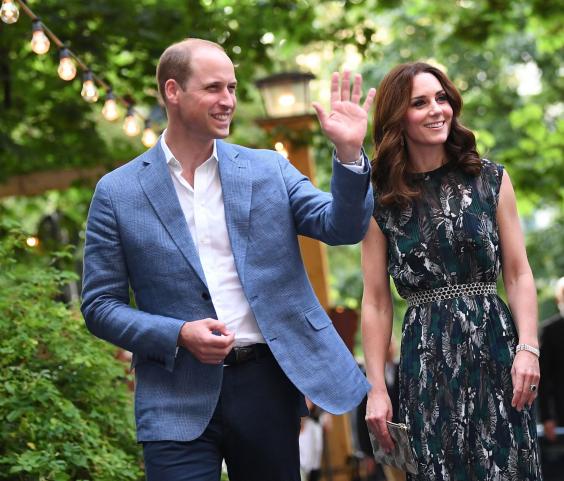 Actor Sam Riley and Game of Thrones star Thomas Wlaschiha were among the famous faces attending.

The Royal couple, who have been married for six years, were seen gazing into each other’s eyes during a touching moment at the reception. 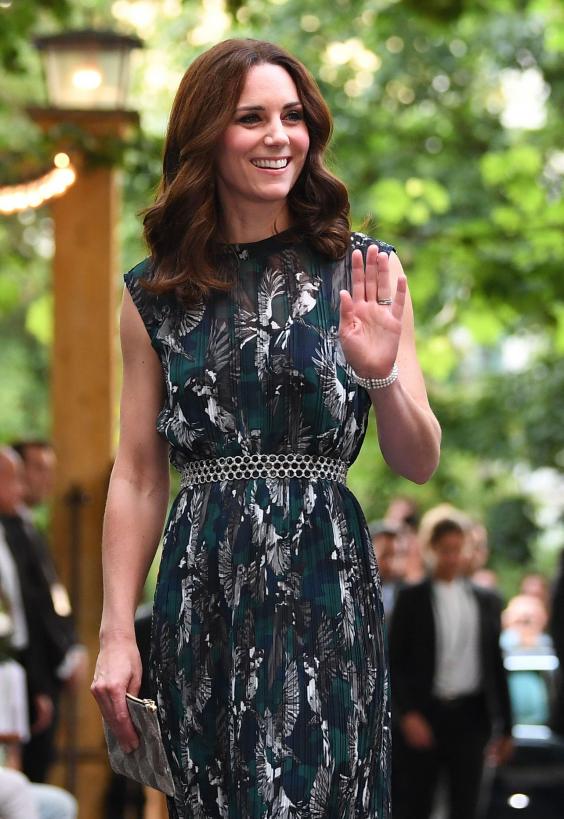 Earlier the Duke and Duchess visited the city of Heidelberg, south-west Germany, where they burst out laughing as they tried their hand at making pretzels and later took part in a boat race.

A victorious William punched the air in delight after beating his wife in the boat race on the River Neckar.

On Friday, the couple will travel to Hamburg before heading home to the UK.

The five-day tour of Poland and Germany, taken at the request of the Foreign and Commonwealth Office, was framed as another Brexit diplomacy tour, helping to maintain and strengthen the UK’s relations with Europe as it leaves the European Union.