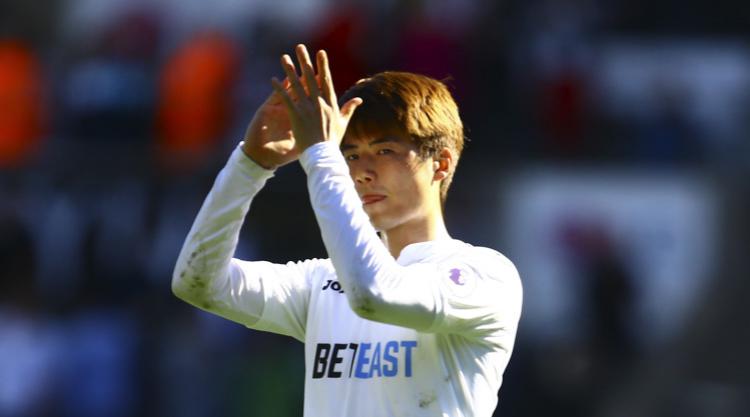 Swansea have confirmed Ki Sung-yueng is expected to miss the start of the Premier League season through injury, though the club are closing in on the signing of another midfielder.

Ki has undergone a minor knee operation in South Korea having sustained the problem on international duty last month during the World Cup qualifier with Qatar.

Swans’ medical staff visited Ki in Asia and will allow the South Korea captain to recover there before he comes back to Wales after Paul Clement’s side have returned from their pre-season trip to America.

The club do not believe Ki’s problem is a long-term one, yet they have not revealed a concrete timetable for his recovery.

Despite losing one midfield option, Swansea are hopeful of completing the signing of Las Palmas midfielder Roque Mesa in the coming days.

Press Association Sport understands Swans are getting closer to agreeing a deal that could be worth £11.5million for the 28-year-old.

Contrary to some reports, it is understood Mesa is not on these shores yet to finalise his switch but it appears the Premier League side are edging towards the Spaniard’s capture.

Mesa finished this past season with a 91.4 per cent pass completion rate, which was the fourth highest in La Liga.

Last week Swansea made their first signing of the summer when free agent Dutch goalkeeper Erwin Mulder arrived on a three-year deal.

Boss Paul Clement is also expected to add Chelsea’s Tammy Abraham to his ranks on a season-long loan deal.

The England Under-21 international has taken some time off after the tournament in Poland and should seal his move once he returns.