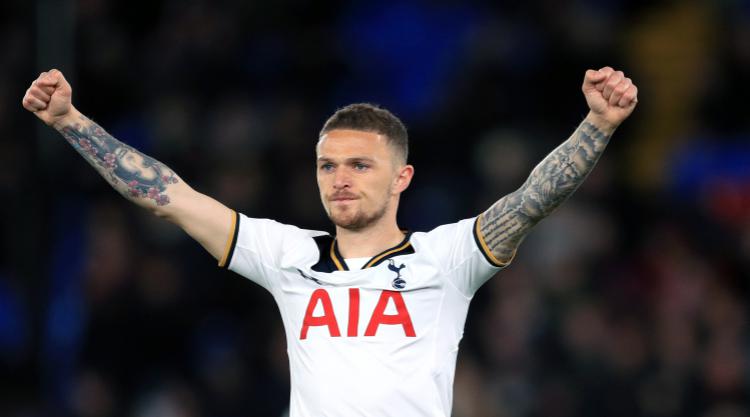 Trippier, who joined Spurs from Burnley in June 2015, has put pen to paper on a deal that will expire in 2022.

The 26-year-old is expected to line up as Mauricio Pochettino’s first-choice right back next season following the sale of Kyle Walker to Manchester City.

Trippier told the club’s official website: “I’m delighted with the new deal, it’s a great achievement for myself. I’m delighted to get it signed.

“I learned a lot in the Europa League and Champions League, playing with the players I have here and the manager also.

“It’s been a great experience and a learning experience. I’ve progressed a lot and I thank my team-mates and manager for that.”

Trippier had been used largely as a back-up in his debut season under Pochettino but became a regular starter after Walker fell out of favour earlier this year.

He was picked ahead of Walker for Tottenham’s FA Cup semi-final defeat to Chelsea in April and then preferred for their final match against Arsenal at White Hart Lane a week later.

Trippier earned a call-up to the England squad in May and made his first senior international start in a friendly against France.

“At the back end of last season I was really enjoying it, I didn’t want it to end really because I was getting a lot of game time,” Trippier said.

“When I first came the manager demands a lot in training and on the field. He’s helped me a lot with my defensive and attacking work.

“As an all-round player I think I’ve changed since I’ve been here.”