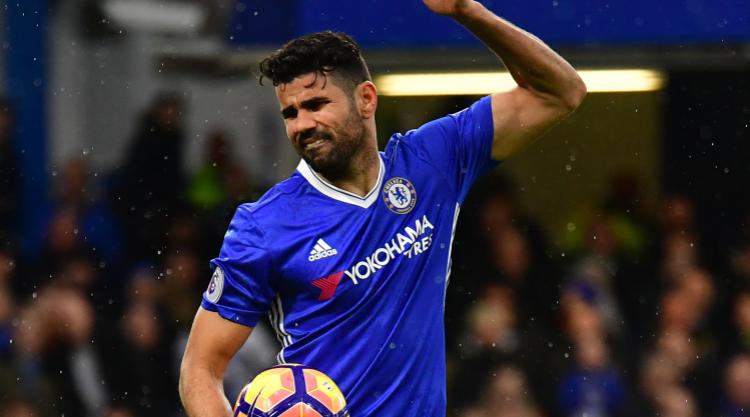 Everton boss Ronald Koeman remains keen on adding a striker to his squad and would welcome a loan arrangement for Chelsea outcast Diego Costa.

The Toffees travel to Stamford Bridge this weekend, but will not need to worry about facing Costa given his exile from the champions’ training base all summer.

The Brazilian-born Spain international is agitating for a move away from Stamford Bridge and a return to Atletico Madrid, but they remain under a transfer embargo preventing them from registering players until January and have also been drawn in Chelsea’s Champions League group.

A temporary solution may be to send Costa, who has two years remaining on his deal, on loan and, while Koeman is unsure if that is an option, he did reveal his admiration for the striker.

“I don’t know, I said always a warm welcome for every good player and he’s a good player,” he said when asked about a possible loan.

The window closes next Thursday and, having seen Everton seal their passage to the Europa League group stage in Croatia on Thursday night, Koeman’s attention will turn to adding to an impressive list of summer signings.

Attackers Sandro Ramirez, Wayne Rooney and Gylfi Sigurdsson are all slated for key roles this term, while the emergence of 20-year-old Dominic Calvert-Lewin has been another bonus, yet Koeman is still keen to add to that department having lost Romelu Lukaku to Manchester United.

“We are still looking to bring a striker in,” Koeman confirmed.

“I’m really happy with the performances of Dominic, but he’s still young and we need more competition in front with the strikers.

“You need competition and the most difficult things for young players is being regular in performances, but Dominic is like Tom Davies, exceptional, and he’s doing really well.”

Calvert-Lewin could be deployed against Chelsea again on Sunday given Sandro is once more doubtful with a heel injury.

The latter’s injury issues have clouded his future after Koeman gave him the ultimatum of signing a new contract or being shipped out this summer.

Neither outcome has yet come to fruition, leaving the possibility of Barkley being available to Koeman for the final year of his current deal upon his return.

Asked whether a contract remains on the table for Barkley, Koeman replied: “I don’t know, we’ve not spoken about this.

“If Ross is staying then I’m pleased if he stays because it’s one more good player in the team. That’s a decision by the board.”