A Labour MP has told how he was attacked with a brick by a thug on a motorbike.

Steve McCabe, MP for Birmingham Selly Oak, said he was attacked by the man on a motorbike in the Kings Heath area of the city.

The Labour politician has since posted pictures of the suspect, along with a photograph of the injury he suffered on Monday night.

Alongside images of two men riding bikes, both wearing grey tracksuits and crash helmets, he wrote on Twitter: “Sure somebody must recognise these two.

“All I need are names & addresses. Send them to me anonymously & I’ll do the rest with the police.” 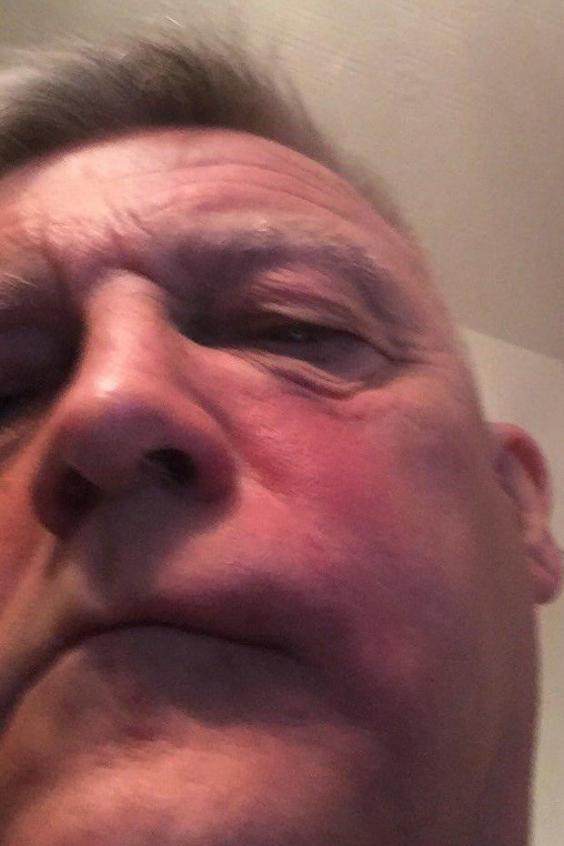 Birmingham: The MP posted a picture of his ‘swollen face’ on Twitter following the attack (@steve_mccabe)

Posting a picture of his swollen face, he added: “Tonight nursing a very sore & swollen face.

“I was struck with a brick by a motorbike thug in Greenford Rd. Have given full statement to police.”

Mr McCabe was flooded with messages of sympathy from the public and fellow politicians after sharing his injury on social media.

Fellow Labour MP Angela Rayner added: “That really could have been a very lot worse! I really hope the police find the culprit.”

A West Midlands Police spokeswoman said: “Although the injuries sustained are minor, this kind of behaviour is not acceptable and the matter is being dealt with seriously.”