Senior Labour politicians have opened the door to supporting Britain remaining a member of the single market after Brexit in a dramatic shift in stance for the party.

Shadow chancellor John McDonnell and shadow Brexit secretary told Labour supporters that all options should be considered to ensure Britain retained the benefits of the single market and customs union.

The comments mark a significant change for the party, which said in its General Election manifesto it wanted to keep the “benefits of the single market” but did not back membership.

According to the Times, Sir Keir told a Labour in the City event on Wednesday: “Labour’s objective is tariff-free access to the single market, no new red tape at customs and a deal that works for services as well as goods.

“It is vital that we retain the benefits of the single market and the customs union. 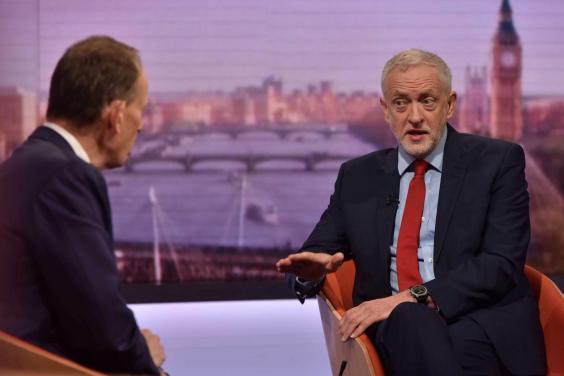 “How we achieve that is secondary to the outcome and should be part of the negotiations. We need to be flexible in our approach and not sweep options off the table.”

The change in stance comes just days after leader Jeremy Corbyn said a Labour Government would take Britain out of the single market.

He told the BBC’s Andrew Marr Show membership of the single market is “inextricably linked” to EU membership and would instead pursue tariff-free access to trade.

Senior figures in the party, including fellow Cabinet member Barry Gardiner, have also made comments signalling Labour was considering supporting a hard Brexit.

Some members have said that reform of the single market is the best option for the party – despite the difficulties of pursuing reforms in negotiations.

Mr McDonnell told the BBC: “Our objective is tariff-free access to the market. That has been our objective since immediately after the referendum. The structures — whether we are in or out — are a secondary matter.

“We are not ruling anything out but what we are saying is that we are the fifth largest economy in the world and we have a special status in both our relationship with the EU and the rest of the globe and we feel we can get a deal that achieves tariff-free access.”

Preime Minister Theresa May has said the Conservative Party wants to leave both the single market and customs union.