Jeremy Corbyn has been branded a “hypocrite” over a video accusing middle-class families of nepotism, because his son works for the party.

Conservative MPs are among those to blast the Labour leader over the Momentum campaign video, which parodies middle-class voters criticising Mr Corbyn.

One character accuses young people of thinking they “deserve a job” before a message appears revealing the man was given a job at a media agency through his father.

But people were quick to point out on social media the Labour leader’s son Seb works for shadow chancellor John McDonnell. 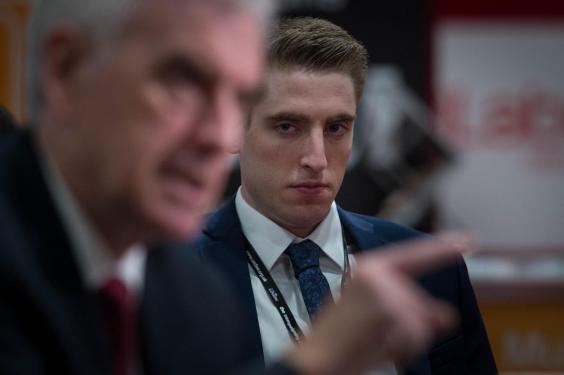 Twitter users highlighted the “hypocrisy” of criticising nepotism, with one Conservative MP saying “Lenin would be proud” of the clip.

Will Quince, the Conservative MP for Colchester, claimed the video was evidence of how “hateful” supporters of Mr Corbyn had become.

Twitter user Helen Gordon said: “It’s the hypocrisy which is vile, Corbyn’s son works for John McDonnell. Says one thing, does another.”

The video, created by grassroots Labour group Momentum, shows five middle-class characters sitting around a table and slamming a series of Labour claims and policies.

One man said people trust Mr Corbyn “because he promises everything and gullible people just fall for it.”

Another character replies: “Young people think, ‘oh great, I don’t have to pay to go to university’ – thinking there’s some kind of magic money tree to pay for it.”

A caption then appears saying: “Didn’t pay anything for university.”

Labour pledged to scrap tuition fees in the run up to the General Election, but was accused of backtracking after Mr Corbyn insisted he did not promise to axe existing student debt.

Some people jumped to the defence of the video, while Momentum mockingly thanked Conservative MPs for sharing the clip.

One Twitter user said: “Yeah, it’s pretty spot on. Baby boomers complaining that the young want everything free when they’ve had everything much easier than them.”

Jeremy Corbyn and Momentum have been approached for comment.