Labour‘s Vicky Foxcroft has reported a woman to the police after she appeared to pose as a fake MP.

Ana Key’s website claims that she is a Socialist Party MP for the fake constituency of Deptford and Greenwich in south-east London.

It also listed surgery times similar to those listed on Labour MP Ms Foxcroft’s website and messages were posted on the social media account offering help to constituents. 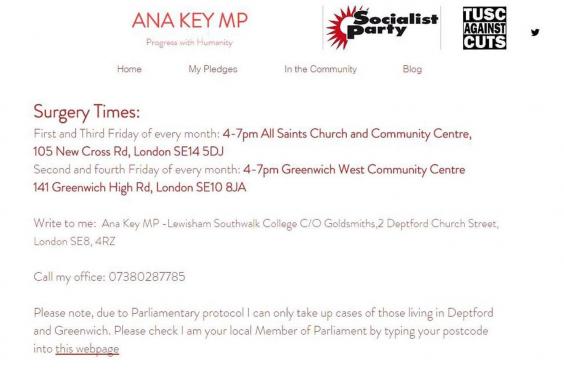 One tweet said: “Do you feel safe cycling? See my response to a constituent’s concerns here.”

Ms Peers, who previously stood as a candidate for the Trade Union and Socialist Coalition in an east London council election, was quoted by the Sun and the Telegraph as saying that the website was designed to be a “conceptual art project” for Goldsmiths University.

Ms Foxcroft, who represents the Lewisham Deptford constituency, told the Standard the matter had been escalated to the police and Parliamentary Investigation Team.

She said: “I have contacted the Security Operations Centre and it has been escalated to the police and Parliamentary Investigation Team. From a casework perspective I think this is extremely irresponsible.

“As an MP I deal with thousands of constituents with emergency cases, some of them about very serious issues on housing or immigration. 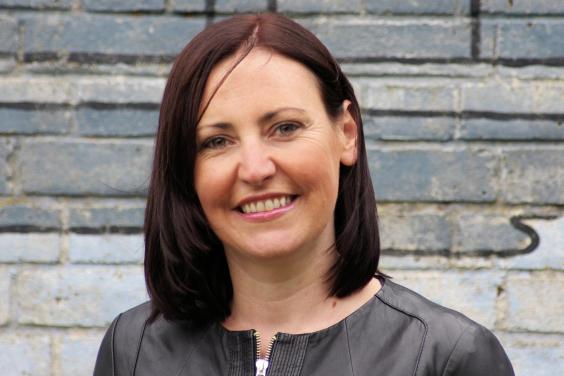 “If they were to attend the advice surgeries that have been advertised on the website, the details of which look to be copied from my own website, it would be breach of data protection and could cause harm and delay to constituent’s cases – many of which are extremely sensitive and rely on urgent action.”

Ms Peers told the Telegraph: “I have no intention of deceiving people – if people don’t know who their MPs are I’d be quite worried. People should know who their MP is especially just after the general election.

“The constituency doesn’t exist – this is about thinking about what could happen if Ana Key was elected in that instance.”

The site also featured a series of photos of Ms Peers out campaigning and a list of pledges including to “end austerity”, provide “affordable homes for all” and fight for a £10 per hour minimum wage.

Commons officials and the police are now set to investigate whether or not an offence has been committed.

The Standard has contacted Ms Peers for further comment.