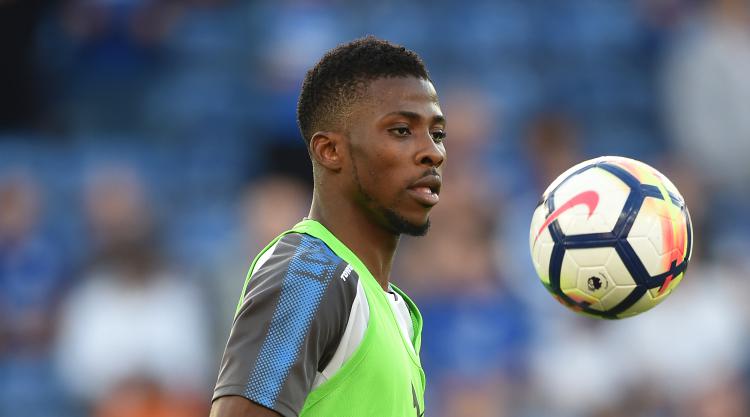 Leicester striker Kelechi Iheanacho has visited a specialist as he continues to struggle with a toe complaint.

The striker, a £25million summer signing from Manchester City, sustained the injury at the beginning of this month in Leicester’s final pre-season friendly against Borussia Monchengladbach.

He still made his full debut for the Foxes last week as they got their Premier League campaign under way against Arsenal, lasting 82 minutes of the 4-3 defeat at the Emirates Stadium.

However, Iheanacho is still experiencing some discomfort and a late decision will be made on his fitness ahead of Saturday’s home match against Brighton.

“He didn’t (train on Thursday). He’s had a bit of discomfort with his toe so we’ve taken him out. I’ll make a late decision tomorrow morning,” said Leicester boss Craig Shakespeare.

“We’ve been able to extend his fitness because of the discomfort he’s got in there. But h e’s been to see a specialist and we’re trying to give him enough time to recover from that.

“It’s been very hard because he’s been behind the fitness levels of the others because of his late start with us. So we’re giving him every opportunity to get his fitness levels up and so we’ll make a late decision on that.

“He can run but not at full pelt. Striking a ball, if he catches it wrong on his toe, it’s a problem. So sometimes he’s getting a lot of discomfort, so we’re trying to manage that as best as we can.

“It’s a natural thing for most players in terms of a specialist in that area. It’s really just a second opinion.”

Danny Drinkwater (thigh), Vicente Iborra (groin), Robert Huth (ankle) and Nampalys Mendy (ankle) are all making progress but are not yet ready for first team involvement and they will miss out against Brighton, who have former Leicester attacker Anthony Knockaert in their ranks.

Knockaert became something of a fans’ favourite during his three years with the Foxes and Shakespeare thinks he will receive a good reception on his return.

“He was good for us and he will get a good welcome from the fans, staff and players I would imagine,” he said.

“He’s a nice person and I am very pleased to see he has gone on and done well.”