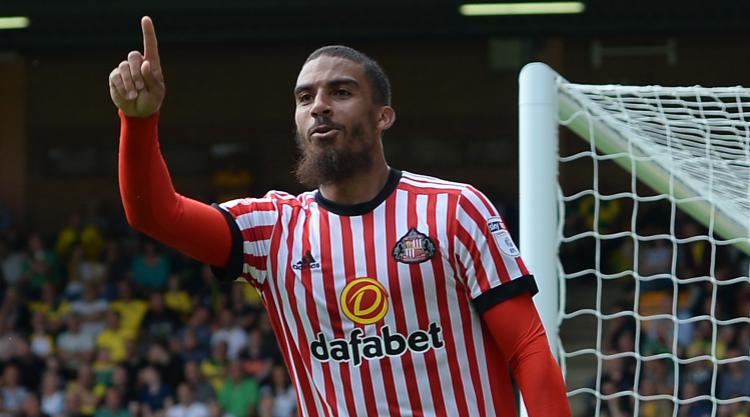 Lewis Grabban came back to haunt his former club as Sunderland came away from Norwich with three points from an excellent 3-1 win.

The on-loan Bournemouth striker scored twice either side of a superb effort from Aiden McGeady to help the visitors to their first Sky Bet Championship success of the season.

Grabban also scored a late own goal to provide some consolation for Norwich, who deserved better, but it was Simon Grayson’s side who ended up with a win to go with their opening-day draw,

Norwich made a bright start in their first home league match under Daniel Farke, with James Maddison winning an early free-kick on the edge of the box and seeing his curling effort deflected wide for a corner.

The Canaries’ possession-based game was keeping the visitors pinned back in their own half for long periods, but goalkeeper Jason Steele was not exactly overworked, and it was not until the 20th minute that he had to make his first save.

He comfortably gathered a low drive from Russell Martin after a typically slick move from the hosts and seven minutes later the home fans were silenced as Sunderland took the lead against the run of play.

A routine high ball forward was flicked on by James Vaughan and Grabban shrugged off the attentions of Christophe Zimmerman before calmly slotting the ball past Angus Gunn.

It was rough justice for Norwich, but they nearly went two down five minutes before the break when George Honeyman found himself free in the area after poor marking from a free-kick, only to shoot weakly straight at Gunn.

Norwich soon began building up a head of steam again after the interval, and Martin nearly restored parity on 56 minutes after Maddison’s corner had been headed on.

But it was Sunderland who scored next, making it 2-0 with a real beauty from McGeady.

The Irishman was lurking on the edge of the box when a corner was only half cleared and, after being picked out by Lee Cattermole, he fired in a superb first-time effort with his left boot to give Gunn no chance.

Farke brought on Nelson Oliveira in an attempt to get back into the game, having left the striker out for his squad in midweek following an angry goal celebration at Fulham the previous weekend.

But it would not faze the visitors, who made it three on 71 minutes when McGeady beat his man on the left before whipping in a gorgeous cross to the back post which was headed in from close range by Grabban.

Norwich looked dead and buried but pulled one back six minutes later. A deep free-kick was headed back into the danger area and Grabban managed to hit the target at the wrong end when trying to hook the ball clear in the six-yard box.

It was suddenly game on and Martin saw a fierce drive come back off an upright before Marley Watkins had a goalbound effort blocked at the death.