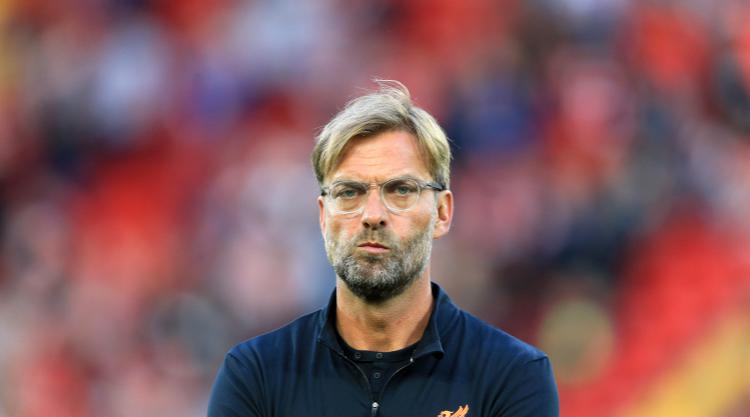 Jurgen Klopp stressed Liverpool have done all they can to make signings in this window and admitted there could be more activity at Anfield before next week’s deadline.

The Reds have been one of the quietest of those who finished in the Premier League’s top seven last term, with just Egyptian winger Mohamed Salah, full-back Andrew Robertson and young striker Dominic Solanke being brought in.

They have so far been frustrated in their pursuits of RB Leipzig’s Naby Keita and Southampton’s Virgil van Dijk due to the respective clubs’ reluctance to sell, and Liverpool only have until next Thursday to add to their squad ahead of their return to the Champions League group stage.

Klopp does not see the fact the Reds secured that qualification this week as a major aid for them in the window’s closing stages, with the German adamant his club are not to blame for the fact certain details are yet to materialise.

“All the players we spoke to we convinced,” the German said.

“Until August 31st, a lot of things are really possible, in and out. If the transfer window closed tomorrow I’m happy with it.

“Divock Origi was not in the squad (against Hoffenheim on Wednesday), he has done nothing wrong, it just shows how big the quality already is.

“Andrew Robertson showed up against Crystal Palace – before everyone thought Robertson from Hull? Now they think he is really strong.

“Dominic Solanke showed everything you want from a new player in a really short term, Mo Salah we don’t have to talk about this, James Milner plays in midfield again, that’s for us like a transfer. Alberto Moreno played again at left-back and was outstanding.

“We will see what happens. I’m happy at the moment, will I be happy on the 31st? Not sure. Will I be more happy? It’s possible.”

Those emotions may hinge on whether his club can hang on to Philippe Coutinho with Barcelona’s interest lingering despite Liverpool having turned down three bids.

A back injury and illness have kept Coutinho, who has already lodged a transfer request, out of action so far but that has not prevented Brazil calling the 25-year-old up to their squad for their forthcoming World Cup qualifiers.

“He’s on our injury list, that hasn’t changed,” Klopp added.

“I was not in contact so far with the Brazilian FA but the rules are if they want to see him and check him then he has to go there. I don’t know but I think that will happen. It’s no problem.”

Coutinho will not feature when Liverpool host Arsenal on Sunday hoping to continue their fine record against the division’s leading sides under Klopp.

Yet Klopp, wary of his team’s results against lower-half clubs last term, stressed it is too early to predict how well either Liverpool or Arsenal’s season will pan out.

“At this moment it looks like Man United will be champions without conceding a goal and missing a point, the rest is already decided,” he said with a smile.