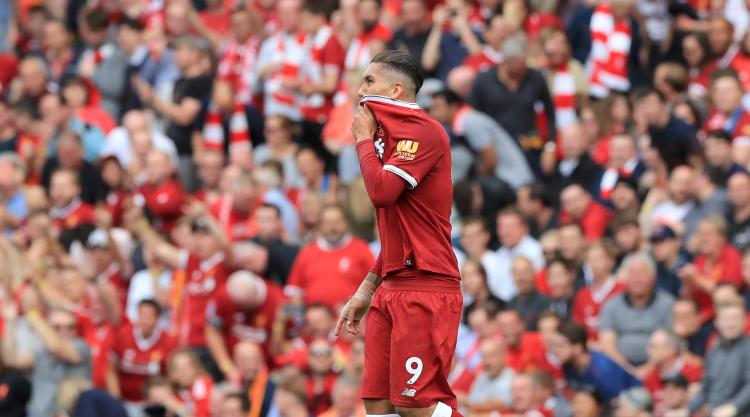 Liverpool produced a devastating display of attacking football to claim a comprehensive 4-0 win over a ragged Arsenal side in the Premier League.

Goals from Roberto Firmino and Sadio Mane in a dominant first-half display set up victory before Mohamed Salah and substitute Daniel Sturridge completed the Anfield rout.

The Gunners were swept aside with embarrassing ease and, were it not for several good saves from Petr Cech, their defeat could have been even more humiliating.

After overcoming injury, Alexis Sanchez featured for Arsenal for the first time this season but the Chilean made little impact and speculation over his future may again increase ahead of Thursday’s transfer deadline.

Sanchez had been restored to the side at the expense of Alexandre Lacazette and Arsene Wenger’s decision to bench his record signing is likely to be questioned.

Opposite number Jurgen Klopp had made an equally surprising call by deciding to rest first-choice goalkeeper Simon Mignolet and bring in Loris Karius, but that was fully vindicated.

Karius was the quietest player on the pitch as Liverpool produced a performance close to perfection. Klopp’s men were full of energy and relentless in their attacking ambition while Arsenal were were sloppy and ponderous.

The forward trio of Mane, Firmino and Salah never seemed to give the defence a moment’s respite with the central midfielders and wing-backs driving them forward at every opportunity.

An early chance came when Emre Can headed wide from an Alberto Moreno cross and Cech did brilliantly to dive across and deny Salah at point-blank range.

Aside from a Danny Welbeck effort which flew over, Liverpool controlled possession and the Gunners could not handle their pace and movement.

It came as no surprise when the hosts took the lead, Firmino beating Cech with a powerful downward header from a Joe Gomez cross.

Liverpool threatened further damage when the lethargic Mesut Ozil was dispossessed and Firmino played Jordan Henderson in on goal but the captain’s effort lacked power.

Cech saved another effort from Salah but could do little to prevent Mane extending the Reds’ advantage five minutes before the interval.

It came from a typical quick counter-attack with Mane cutting inside from the left and curling a powerful shot in at the far post.

Sanchez tried to drag Arsenal back into the game early in the second half and had a shot blocked after a tricky run but it did not represent the start of a fightback.

Liverpool were soon back into the their stride with Salah forcing another save from Cech and Henderson blasting over.

Salah claimed the third goal just before the hour from a lightning counter-attack. Arsenal had committed men forward for a set-piece but Hector Bellerin miscontrolled the ball and Salah nicked possession to race away and score in exhilarating fashion.

Mane might have added another from a similar break but Cech just got enough on his shot to prevent it crossing the line.

Arsenal’s torment continued as Liverpool sent on Sturridge for the closing stages and the England striker got on the end of a Salah cross to head home a fourth goal from close range.