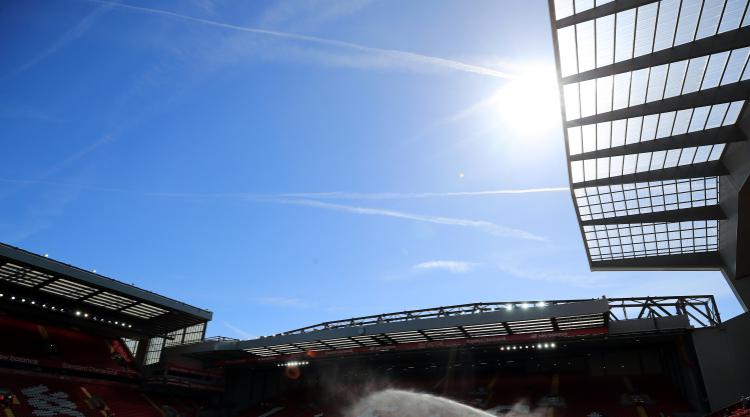 Liverpool fans have overwhelmingly backed the introduction of rail seating in Premier League grounds in what has been viewed as a key vote on the idea of safe standing.

In a week-long poll run by the club’s biggest independent supporters’ group Spirit of Shankly (SoS), 88 per cent of the nearly 18,000 fans who took part voted in favour of rail seating.

Grounds in England’s top two divisions have been all-seated ever since Lord Justice Taylor’s inquiry into the Hillsborough disaster in 1989 which left 96 Liverpool fans dead.

Calls for a relaxation of that requirement, however, have been growing over the last decade, as many fans continue to stand throughout games, more has been revealed about the real causes of the 1989 tragedy and British fans have seen how supporters in Germany and elsewhere are allowed to stand during games.

Last month, after repeated calls from fans’ groups, the Premier League wrote to its clubs asking them if they would be interested in taking part in a safe-standing trial and League One’s Shrewsbury announced they would be installing a section of rail seats at their ground.

The debate, however, has always been more contentious and sensitive on Merseyside, with many relatives of Hillsborough survivors and victims strongly opposed to any softening of the all-seater requirement.

This is why SoS conducted the poll and why its result will be so keenly observed.

In a statement, SoS chair Jay McKenna said: “It’s an incredible turnout, we aren’t aware of such numbers voting before.

“It demonstrates to us that we were right to have this discussion and that supporters, families and survivors want to have their say. After nine months of discussion, we have now had the vote and it will be taken as the position for Spirit Of Shankly.

“The size of the turnout majority means that no one can be in any doubt that supporters have had their say and made an informed decision.”

But McKenna stressed that this result should not be “celebrated” as a “win” and SoS has issued a statement to Liverpool fans explaining the need for further “mature and sensitive conversation” on the matter.

McKenna said: “The vote is significant and we know people will see this as backing of rail seating.

“However we say to anyone who is campaigning for this to understand sensitivities and respect the views of those who disagree.

“Those who have been through incredible heartache and tragedy have every right to be heard and to ask important questions about safety. It was important in our conversations to have these answered. It would be wise for that to take place elsewhere.”

Successfully trialled at Celtic last season, rail-seat sections have safety barriers on every row to prevent surges and the seats can be flipped up and locked in place when not required. Unlike traditional terraces, fans are assigned a ‘seat’ which helps with crowd control.

On the main question of whether they were in favour of rail seating areas in stadiums, 15,798 (88.21 per cent) voted yes, 902 (5.04 per cent) were against with the remaining voters saying they either wanted more information or were undecided.

Nearly nine in 10 voters said they would either definitely or probably use a rail seating area, and of those old enough to have stood on Anfield’s old Kop terrace, 85 per cent voted in favour.