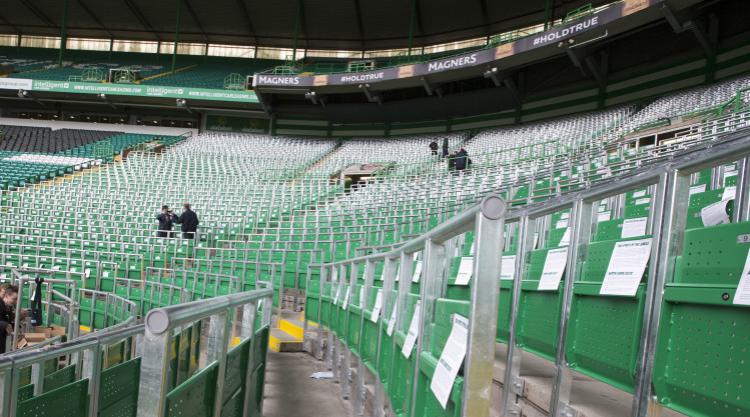 Organisers of a meeting for Liverpool fans to debate the merits of safe standing admit it is “a pretty big step” for the discussion to even take place.

Ninety-six supporters died after a crush on the terraces at Hillsborough in 1989 and many of the victims’ families remain opposed to the return of standing – in the form of rail seating.

However, there is a growing momentum for a comeback, with Shrewsbury and Northampton expressing their desire to trial it in the English Football League.

It is a highly emotive issue on Merseyside and Liverpool fans group Spirit of Shankly are to hold two meetings – one in private with Hillsborough families and survivors – to gauge the prevailing mood.

“We always intended in the summer to have a public meeting. One of the reasons it was slightly delayed was finding speakers who are opposed to safe standing/rail seating,” spokesman Jay McKenna told Press Association Sport.

“It is progressing to a point where we can have an open and honest discussion.

“This is a pretty big step to be even discussing it. There is a long journey to get to that place (safe standing) – if we get to that place at all. But in the first instance it is proper we establish our position so other supporters can move forward.

“We often find, speaking to other supporters’ groups, that it is an unspoken thing: ‘What will Liverpool fans and those who lost loved ones think?’. And we need to try to get that on record as best as possible.

“It is not something we are actively campaigning on but we are aware other supporters clubs want this conversation with their clubs.

“We are probably some way behind most supporters groups because, not just for the emotion, our efforts and attentions have been focused elsewhere in the fight for justice.

“The thought of Liverpool or Everton having it (rail seating) is some way off given the emotion. There is a process we have to go through here on Merseyside.”

Hillsborough families and survivors will convene on July 18 in a closed meeting for those who have pre-registered. A second get-together will take place on July 22 at which at least a couple of hundred people are expected to attend, with representatives from the sports ground safety advisory group and Football Supporters’ Federation likely to be in attendance.

“We are quite aware there are some people who wouldn’t feel comfortable coming to a public meeting, standing on a platform and giving their view because it is tied up in so much emotion for them,” added McKenna.

“That (closed) meeting is also an opportunity for those who lost loved ones and haven’t quite made up their mind to hear some of the arguments.

“It is also as much an option to ensure their voices are heard so we can take forward their views.

“Already we’ve had contact from families who are in favour of rail seating. I don’t think there is an unanimous view: some are opposed, some want to hear arguments in the debate.”