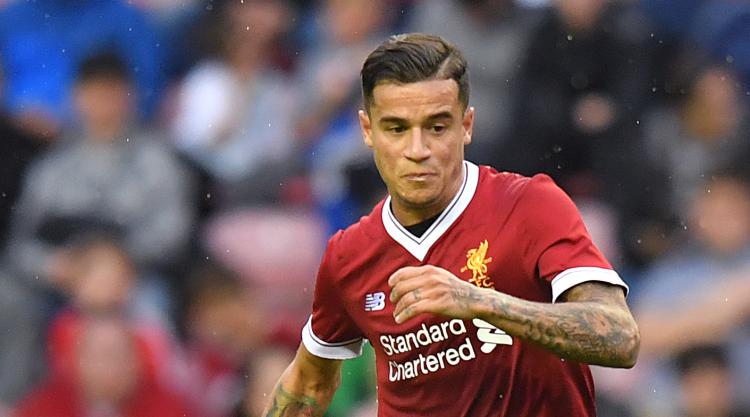 Liverpool were frustrated in their attempts to make late additions to their squad on deadline day and will now seek to fend off Barcelona’s pursuit of wantaway playmaker Philippe Coutinho as the Spanish transfer window closes on Friday.

The Reds finalised a £35million deal for Arsenal midfielder Alex Oxlade-Chamberlain on Thursday and the Reds held an outside hope of luring Thomas Lemar from Monaco. But with the Ligue 1 club reluctant to sell and the France international playing in a World Cup qualifier against Holland, they conceded time was against them.

Arsenal made a £92m bid for the 21-year-old, who scored twice in the 4-0 win against the Dutch, which blew Liverpool’s £65m offer out of the water. However, the Merseysiders considered the Gunners’ move irrelevant knowing a deal could not be done – and the player had already expressed an interest in a move to Anfield.

Barcelona have made three attempts to sign Coutinho, the last a £118m bid made up of a large number of add-ons, and with a day left for them to sign players there remains the chance they could return with an improved offer but it will receive the same response with Liverpool adamant the Brazil international is not for sale.

Oxlade-Chamberlain became their fourth and final signing – although the Reds have already secured RB Leipzig midfielder Naby Keita in a club-record transfer for next season. But they failed to recruit a central defender, with long-term target Virgil van Dijk staying at Southampton who refused to do business.

Oxlade-Chamberlain’s move from Arsenal was concluded when he signed a five-year contract having, Press Association Sport understands, taken a pay cut by accepting a £125,000-a-week offer when the Gunners were prepared to pay more for him to stay.

Manager Jurgen Klopp praised the England international for opting for a new challenge.

“I am really happy we have got Alex signed. Since the last game (a 4-0 win over Arsenal) I have been waiting and hoping we could make this transfer – and when I got the news he was ours it was fantastic,” he told liverpoolfc.com.

“He may still be young but he has a lot of experience in the Premier League, Champions League and for his country.

“Already he is a very good player and I think he has the mentality and desire to get even better – and that excites me.

“This is someone making a tough decision to leave one great club and come to another great club and I think he had many options, so to get him means I am delighted.”

Liverpool did manage to offload some players, accepting a £26million bid from Crystal Palace for unwanted centre-back Mamadou Sakho who signed a four-year contract at Selhurst Park.