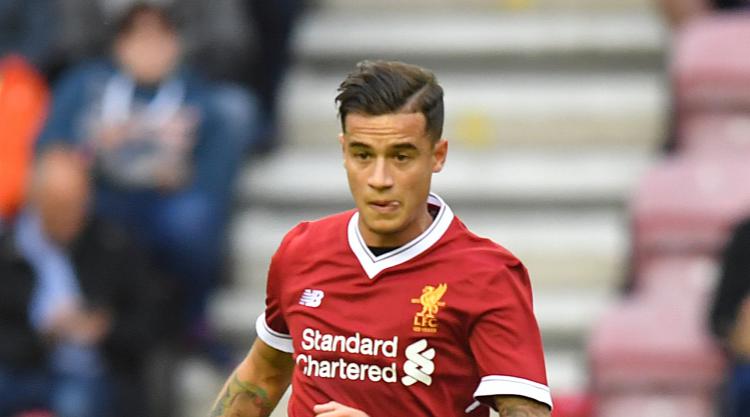 Liverpool insist Brazilian playmaker PHILIPPE COUTINHO is not for sale at any price but the Daily Star reports that Barcelona are preparing an £80million bid. The Reds have already rejected a £72million offer from the Catalan giants, who do not appear keen to take no for an answer.

Manchester City are hoping to beat Real Madrid to the signing of Monaco’s teenage sensation KYLIAN MBAPPE, according to the Daily Mirror. The Blues have already splashed out £217million this summer and the £143million capture of Mbappe would carry their spending spree beyond £350million.

Staying with Monaco, winger THOMAS LEMAR is set to complete a £45million move to Arsenal as the exodus from the club continues, writes The Sun. Bernardo Silva, Tiemoue Bakayoko, Benjamin Mendy, Valere Germain have already left the club and it appears that 21-year-old Lemar will get his wish to move to north London despite the French club initially holding out for £80million.

The Daily Mail reports that Tottenham are looking to bring in Hoffenheim full-back JEREMY TOLJAN. The 22-year-old can operate on both flanks and Spurs have shifted their attention after the pursuit of Porto defender Ricardo Pereira stalled over the complicated issue of third-party ownership and the baulking of the £20million fee.

And finally, according to the Independent, Arsenal midfielder JACK WILSHERE wants to remain close to London if he moves on. The 25-year-old has been told he can leave the Emirates Stadium and has attracted interest from Europe. He would prefer a move to West Ham but Arsenal are demanding a fee in the region of £20million. The Hammers have yet to make a move for Wilshere, who spent last season on loan at Bournemouth.

RM has leaked that Mbappe will only come if a member of BBC is sold (but he might come anyway).Another way of saying, anybody wants Benzema? pic.twitter.com/2W6StFeH5S

LUCAS PEREZ: Deportivo La Coruna have made a £9million offer for the unsettled Arsenal striker, according to the London Evening Standard.

RENATO SANCHES: The Independent reports that he wants to leave Bayern Munich, with AC Milan and Manchester United interested in the teenager.

EMRE: The Sun reports the Liverpool midfielder has agreed personal terms with Juventus.