EasyJet has apologised to dozens of British passengers who were left stranded on a Greek island for two days because of rules protecting endangered turtles.

Around 180 passengers were stuck in Zante after a London-bound easyJet flight was cancelled on Sunday due to a technical fault.

Engineers were unable to fix the problem on Monday and a replacement aircraft could not be sent due to a night curfew rule at the airport, which is reportedly in place to protect the island’s loggerhead turtles from lights and noise.

The majority of the passengers were left stranded on the island until Tuesday. 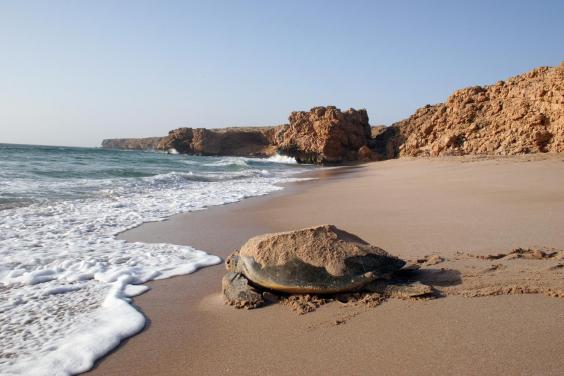 Stranded: There is a curfew in place to protect local turtles from noise and light pollution

A spokesman for the airline said: “The safety of our passengers and crew is our highest priority and we will only operate if it is safe to do so.

“We do all possible to try and minimise delays and as such planned to send a replacement aircraft.

“Unfortunately, due to the night curfew rule at the airport, we were unable to get the replacement aircraft into the airport yesterday. The flight departed Zante and arrived at London Gatwick today.

“We are very sorry for the delay and thank customers for their understanding.”

A number of passengers affected by the disruption expressed anger on social media.

One passenger wrote on Twitter: “Families stuck in zakynthos for two days. No easyjet help, no accommodation, families tired and hungry.”

EasyJet said passengers affected by the delays will be entitled to compensation.